Dealing with a Serial Liar

Very recently I had the opportunity to file a tribunal claim against a company in Kuching. I am not going to go into the details of the case, but instead I would like to highlight a particular experience, which is dealing with a serial liar.

So after being lied to for the umpteenth time, we (both me and hubs) have come to the conclusion that this person is trying very, very hard to create an illusion that he has the right not to repay our money. Obviously there is no intention nor effort at all on his part to refund our money. We came to realise this two days ago when this person tried to fake a bank transaction with the intention to trick us into thinking that he has transferred to us money from his bank account. 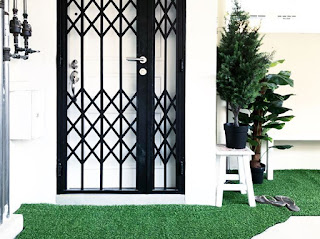 We had requested for the company to fabricate a grill similar to this design. Inspiration photo taken from Bob Mubarak's instagram. 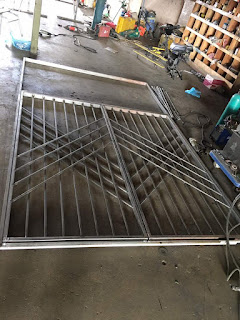 An image given to us via WhatsApp saying that the grill we ordered is almost complete. This image was only sent to us after we had requested for a refund. Not only the design is wrong, the material and colour is also very, very different. Until today there is no delivery for the item that we requested.


As a person who tries to learn and take heed from life's experiences, I told myself that I should at least benefit from this situation by taking heed. So this is what I learnt.

First, you will feel mad.

I think in our case, we were initially frustrated when we realised that we would not be getting the grill on time, which also meant that we had to delay buying household items and are unable to move into our new home. Then we got angry because without fail he would say that he would refund our money that very week and then make the same promise the following week. I have realised now (after 5 months of repeating the same promises) that this particular individual loves the attention that he is getting and maybe he feels important that his words/ promises are taken seriously by others.

Secondly, you might feel like taking action i.e. you should do something about this situation that you are in.

This I totally agree. After all, you would be disappointed in yourself if you do nothing. Therefore we decided to think of our options.

Option 1 - File a claim at the tribunal. Which we did. The first hearing was on the 25th of September. Unfortunately the person did not come to the hearing. He told us that he was in Kota Kinabalu for a training with Honda. I don't know how true this statement is because I later found out that he is working with Perodua. Regardless, inshaa Allah the next hearing is set for next month.

Option 2 - File a police report. Which we also did. We decided to file a police report against him in relation to his fake bank transaction. The police report can be used to request for his bank statement as proof that he did not make any funds transfer to me. The report will also be used as part of the evidence for our second tribunal court hearing.

Option 3 - Write a review on google about the company. Most companies are searchable and listed on google map. You see, before we employed the services of this company, as my usual practice, I would check on google to see if there were any bad reviews on the company. I found not a single information on the company other than it's address and location. No good or bad review. So today I made a review. For future customers, if they were to google this company, at the very least, my review would be there to inform them of my experience and they could make an informed buying decision.

Option 4 - Have faith and put your trust in Allah. I believe that our rizq has been determined by Allah and if these funds are meant to come back to me, it will. If not, then it will not. I am not any poorer if this person adamantly refuse to refund my money nor is he any richer by holding on to it with dear life.

What have I benefitted from this experience?

I found that I am able to manage my emotions and allow myself to think rationally on what to do and what not to do. Admittedly at times, I do feel huge waves of anger coming over me and trying to take over my emotions. Ever since Tuesday, this person has been calling me (which I did not pick up), dishing out the same empty promises and even saying that I am lying and creating stories/ fitnah over him on this matter. Being angry means that this person is able to exert their influence over your emotions, so I told myself, I could choose to be angry on the matter or I could choose not to be affected emotionally. Obviously, I chose the later. Whenever I felt a wave of anger coming in (obviously this happens after receiving this person's messages over WhatsApp), I decided to do zikr and ask Allah to forgive me instead. Might as well cool my emotions and gain reward from Allah at the same time.

I have also discovered that both me and hubs regard finding peace in our hearts to be of greater importance. I have since blocked this person's number - empty words and promises are not worth our time. We have followed the legal channels so let the future take its course in this manner.

A hadith referenced in the book Al Adab al Mufrad states that, 'Abdullah reported that the Prophet, may Allah bless him and grant him peace, said, "You must be truthful. Truthfulness leads to dutifulness and dutifulness leads to the Garden. A man continues to tell the truth until he is written as a siddiq with Allah. Beware of lying. Lying leads to deviance and deviance leads to the Fire. A man continues to lie until he is written as a liar with Allah."

At the end of the day, I have also discovered what a cursed habit lying is and what an unfortunate life a liar has. A habit and a life which I do not want. May Allah protect us from the desire to lie and keep our hearts on the straight path. Ameen.

Updated: The individual has refunded our money on the same day that this blogpost is published. We have dropped our claim against him under the tribunal court as this matter is now considered as settled.


xoxo Mrs Fashionista
Posted by Fareiny Morni at 7:55 AM