Ah hello there! We're finally at the beginning of 2016 and to start off the year, we've decided to do a short hike at Bukit Kiara. Bukit Kiara Park is located within the heart of Taman Tun Dr. Ismail (TTDI), right next to the Women's Institute. It features a walking/ jogging path as well as a jungle trekking/ hiking trek. There's various treks to chose from so do be careful on which path you decide to tread on, you might end up at the other end of the park.

We've decided to do a short (around 3 - 4 kilometres) trek just to get ourselves warmed up for other hiking/ jungle trekking activities that we've lined up for this year (inshaa Allah).

And here's a short photoblog of the hike: 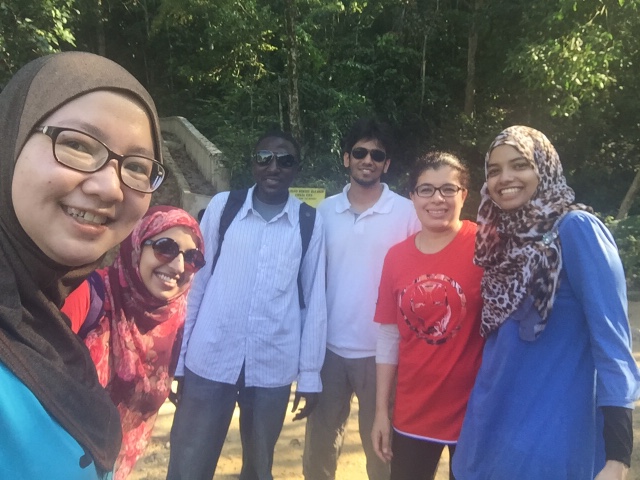 It was a rather last minute trip (organised just a day before the trek itself) so I kinda invited those who were available around campus on whether they'd like to join the trek. 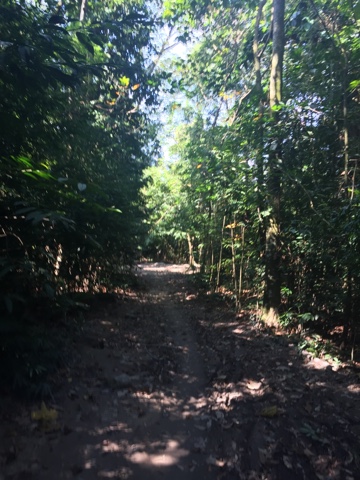 The trail is relatively easy, way easier than Broga and Bukit Gasing. This is due to the fact that this is a biking trail (for mountain bikers) thus the path is bigger and smoother than the normal jungle trekking path. 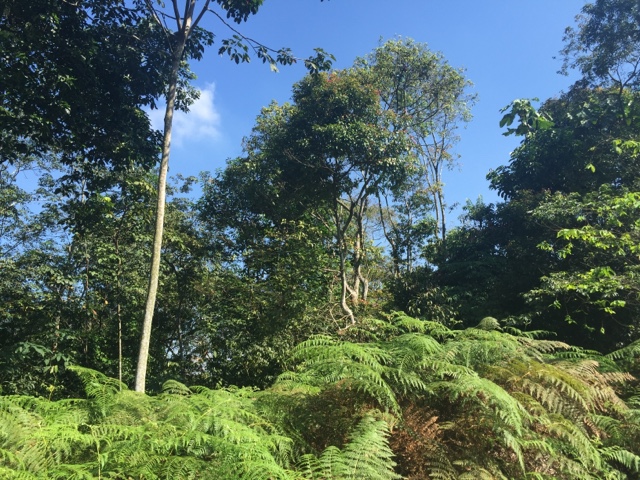 Arrived at what seems to be a place that's filled with ferns. 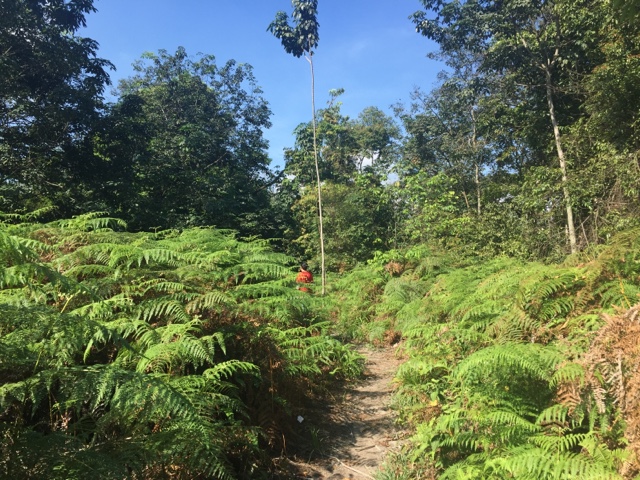 We decided to stop our hike here and turned back for two reasons. One is that we've passed our kilometre mark and two, we did not have the luxury of time to complete the track to the other side and then make another trek back. 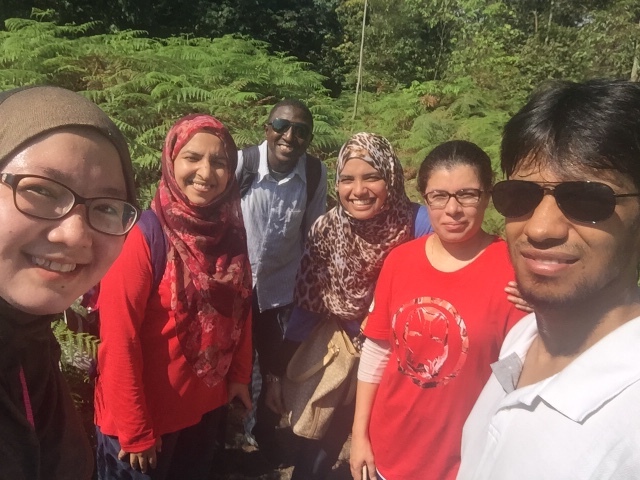 Us. You can see behind us the ferns are as tall as we are. 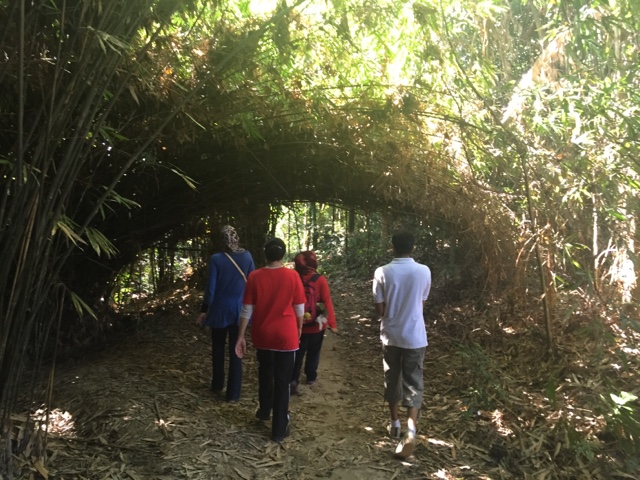 Accidentally walked back using another path and found a bamboo covered section which was rather awesome. 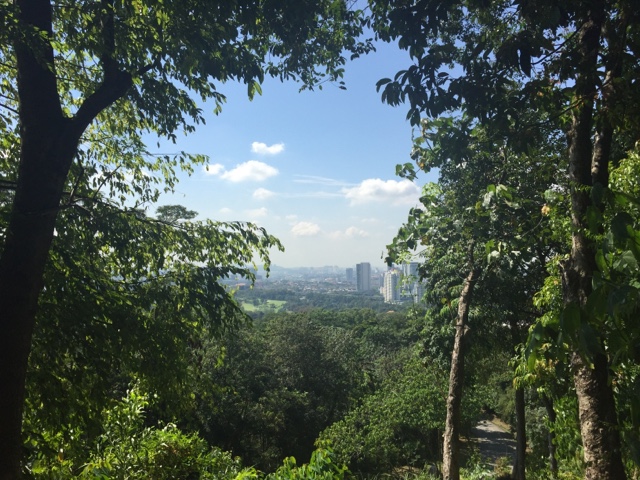 A sneak peak of Petaling Jaya, covered by the trees and greens. 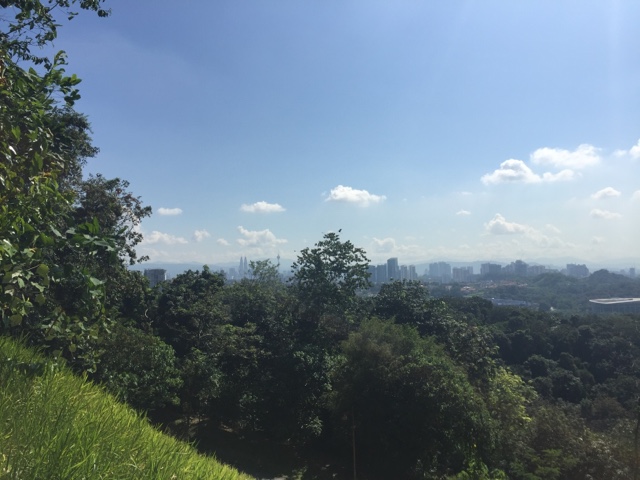 A clearer view of KL, complete with both KLCC and KL Tower. 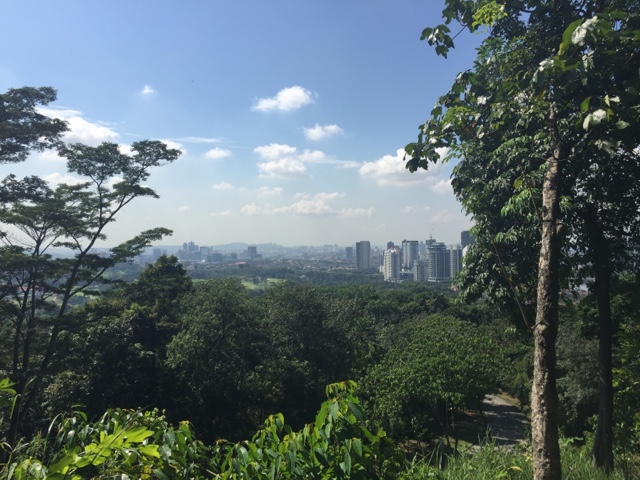 A better view of Petaling Jaya. 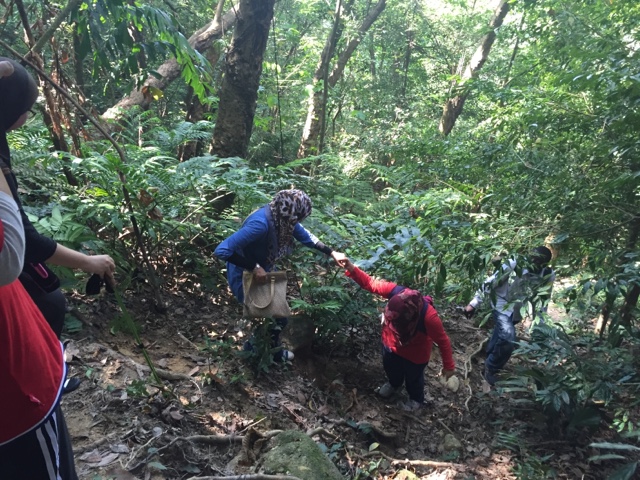 Decided to take a slightly tougher path back and ended up with a bit of a hike down hill.

I must say that Bukit Kiara is relatively an easy hike. The paths are wide (mostly) and smooth (definitely smoother than Broga and Bukit Gasing). Because we were hiking on a weekday morning, we didn't encounter any mountain bikers although I assume during weekends this place would definitely be packed with both hikers, jungle trekkers and cyclists. I would love to come here again, especially for a morning jog and see whether I can try to complete the trek from one end of the park to the other end. Definitely a great place to build stamina for tougher climbs ahead.