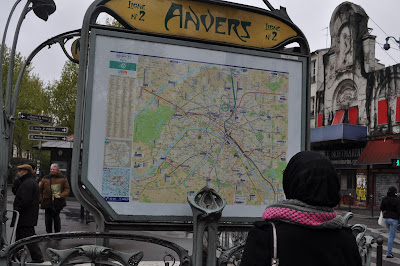 And here we are, at Anvers.

So we're staying at the Montmartre area and when I looked up in Zabihah.com, it seems that the nearest halal outlet is about 1.6 km away (that was one of the reasons why I was apprehensive, really). So when we settled down for the night at Le Regent, we decided to ask the guy at the lobby on where the nearest halal food outlet (fully expecting him to not understand the word halal but boy was I so wrong). He told me it's just around the corner. And the best thing is, he told me that there's plenty of halal food outlets just along Bd de Rochechouart (the name of the road at Anvers station, if you don't know by the way).

Here are some photos: 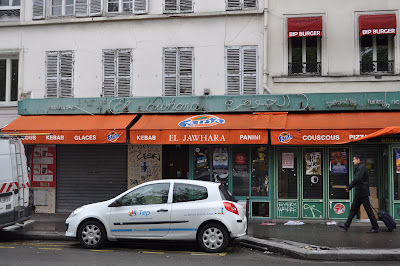 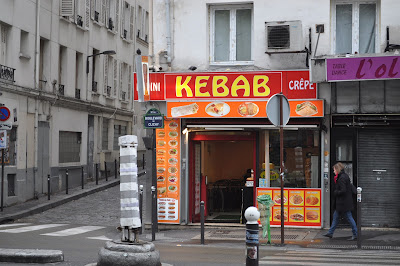 Here's another halal outlet along Bd de Rochechouart. If I'm not mistaken the road next to this shop leads you up to the Sacré-Cœur (or known as the Basilica of the Sacred Heart). 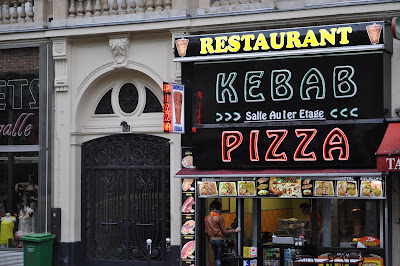 And here's another halal outlet along Bd de Rochechouart. 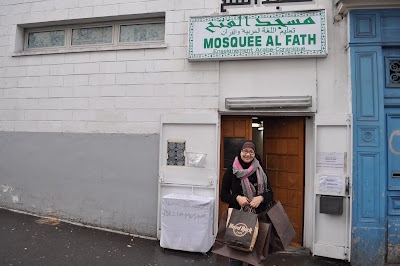 This is Mosquee al Fath. The nearest mosque to Le Regent. It's located at Rue Polonceau, off Bd Barbes (not far from the Metro station Barbes-Rochechouart). There's also a number of halal outlets along this road. The easiest way to look for halal outlets is actually to look for mosques, there's bound to be a halal outlet nearby. 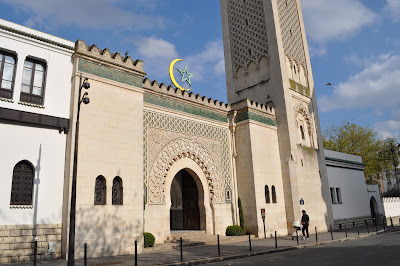 This is the Great Mosque of Paris (Grande Mosquee de Paris). I can't remember exactly where's it located but you may want to click [here] for more info on the mosque. Oh, there's a halal eatery just around the corner. 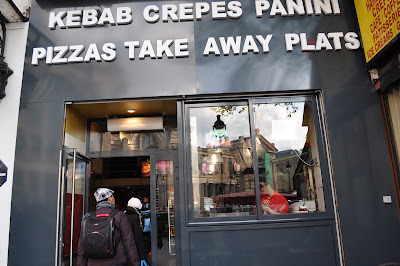 
Actually it's not that difficult to find halal food in Paris. There's plenty of Muslims reciding in Paris (many of them are from Morocco). So, it's not difficult. Learning french is more difficult (I think).

For easy reference, you may want to check out my Facebook page [here], the halal guides are included in my photo albums complete with the restaurant's address (or the very least, directions on how to get there).