Here's a follow up to my Halal Food Guide in Seoul (from the previous post Halal Food in Nami Island). Despite the plentiful list of halal outlets at Zabihah.com (there were about 20 listed in the website, by the way), most of the halal outlets are actually located in ONE place, that is in Itaewon. Thus if you're planning to visit Seoul, I do suggest looking for a place to stay in Itaewon as this would make it very convenient for your trip.
﻿ 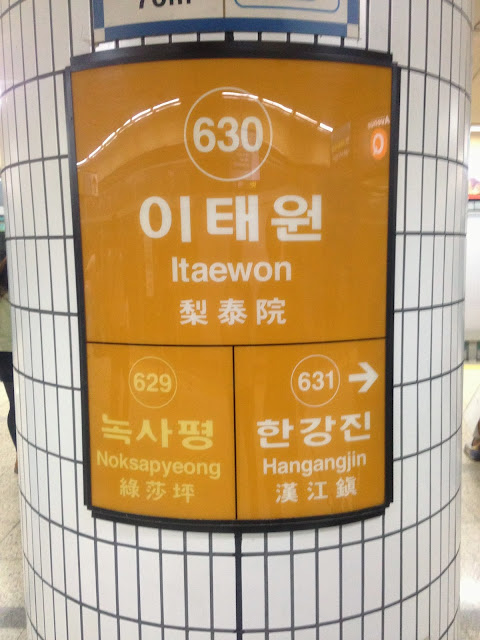 Unfortunately for us, we didn't stay in Itaewon, therefore we had to take the subway there. 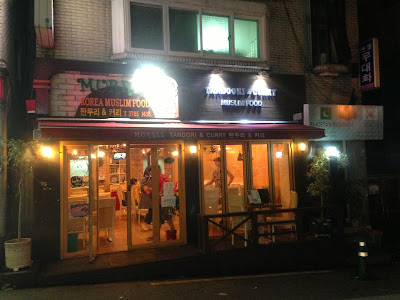 Since you're in Korea, eat like the Koreans, no? Well, we really, really wanted to try some Korean food so on our first day we headed out to Murree which served Indian and Korean food. If you're planning a trip to Seoul and if you're planning to walk most of the time in you're trip, be forewarned that Murree is quite a walk up the hill from the station (I'd say it's a good 15 minutes walk uphill) so be prepared peeps! 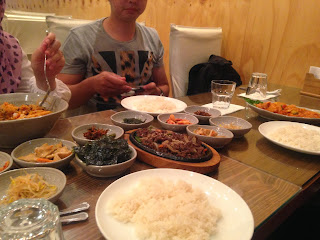 However, we were definitely served good food and the Korean food is absolutely delicious as well, so I'd say it was worth the walk. 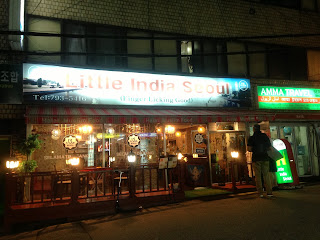 A friend of mine, Lorraine recommends this restaurant (unfortunately we were unable to dine there due to our hectic schedule) but if you like, this restaurant, Little India Seoul is located just opposite of Murree. 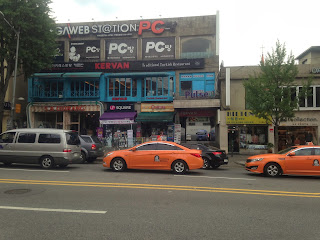 Another restaurant that we went to is Kervan, which offers a lunch set promotion which we tried on our last day in Seoul. 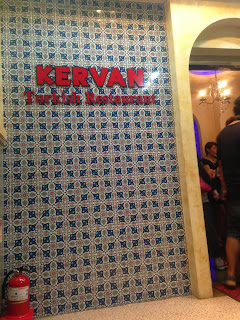 The promotion is only available during weekdays, so do take note! 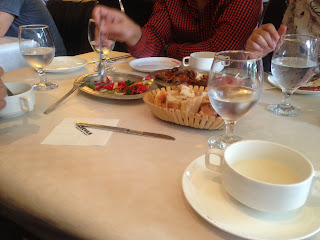 One lunch set menu consists of salad, bread, soup and a main dish of your choosing (i.e. pasta or kebab rice) and tea. If you're on a tight budget (or on a diet) this menu could be consumed by two people =). 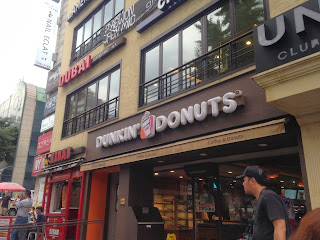 Another place that we went was Dubai (on top of Dunkin' Donuts), located right next to Kervan. 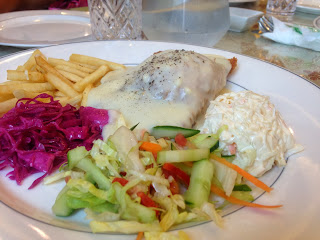 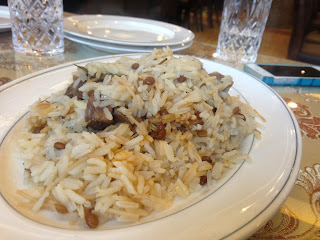 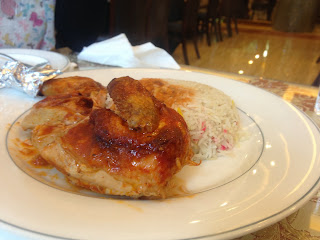 These were among the food that we ordered. The food was absolutely scrumptious, but among all the restaurants that we visited, Dubai is among the priciest. However, the food is absolutely delicious! 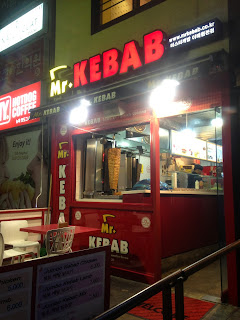 On our last night, we visited Mr. Kebab. 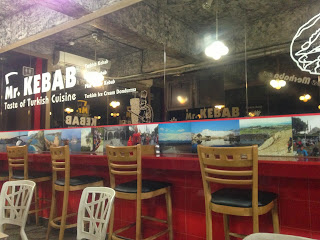 Here's the deco of Mr. Kebab. 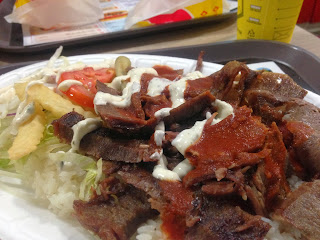 Had some kebab beef with rice. Definitely delicious and it's way cheaper from Ankara Picnic (which is on the same row of Mr. Kebab but located right next to the Itaewon station's exit). FYI we had eaten at Ankara Picnic on our first day in Seoul but because we were extremely starving and it was raining heavily, we didn't manage to capture any photos of the place. 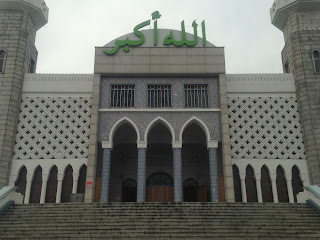 Here's Seoul Mosque located on top of the hill at Itaewon.


In Itaewon, there's definitely plenty of Halal restaurants, however, most of them offer either Indian food or Middle Eastern food so there's not much choice in terms of food selection (there were one or two restaurants that offered Malaysian food). 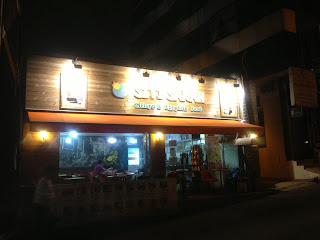 However there might be some circumstances where you might be at a place where it's quite challenging to find halal food. We did the next best thing by getting donuts at Dunkin' donuts or stopping by at Lotteria (Korean version equivalent to McDonalds or KFC) and getting some of their shrimp burger. 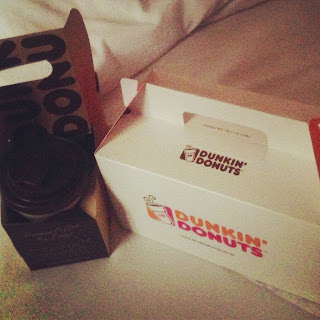 Our typical breakfast in bed since our hotel was located right next to Starbucks and Dunkin' Donuts.
For more lists of Halal outlets in Seoul, I suggest you visit: Zabihah.com or alternatively you may also want to visit this site, Muslim Backpackers Seoul.


Psst: I'm actually very, very excited that we have a trip scheduled for Spring, 2014. Here's a hint, we'll be going to Doraemon land! Looking forward to listing more halal food outlets there =).
Posted by Unknown at 2:00 AM