Two months ago me and some of my fellow colleagues decided to go for a short trip to Jakarta and Bandung as a way for us to take time off from work and also spend time knowing each other's families.

This trip consisted mainly of Bandung (except on the last day which we spent the morning in Jakarta, we had driven from Bandung to Jakarta right after breakfast). I have been to Bandung a couple of times before, my last one being about three years ago (you can read the entry [here]) with another colleague and I have always loved the place. It's a great place to shop (there's plenty of factory outlets for bargain hunters), there's also plenty of fabrics to choose from for those fashionistas who's keen on designing and making their own clothes (like my friend Sherry from Sherry Says is among one of those talented creative people who can design and sew her own clothes), or even those who are passionate about food (like yours truly).

Despite some concerns over the eruption of Mount Kelud which could hamper our trip and also have adverse health implications but we decided to wing it anyway (the volcano is about 600km away from Jakarta so we decided that the mountain might be quite a distance away).

So here are some of the photos that we took while in Bandung and Jakarta: 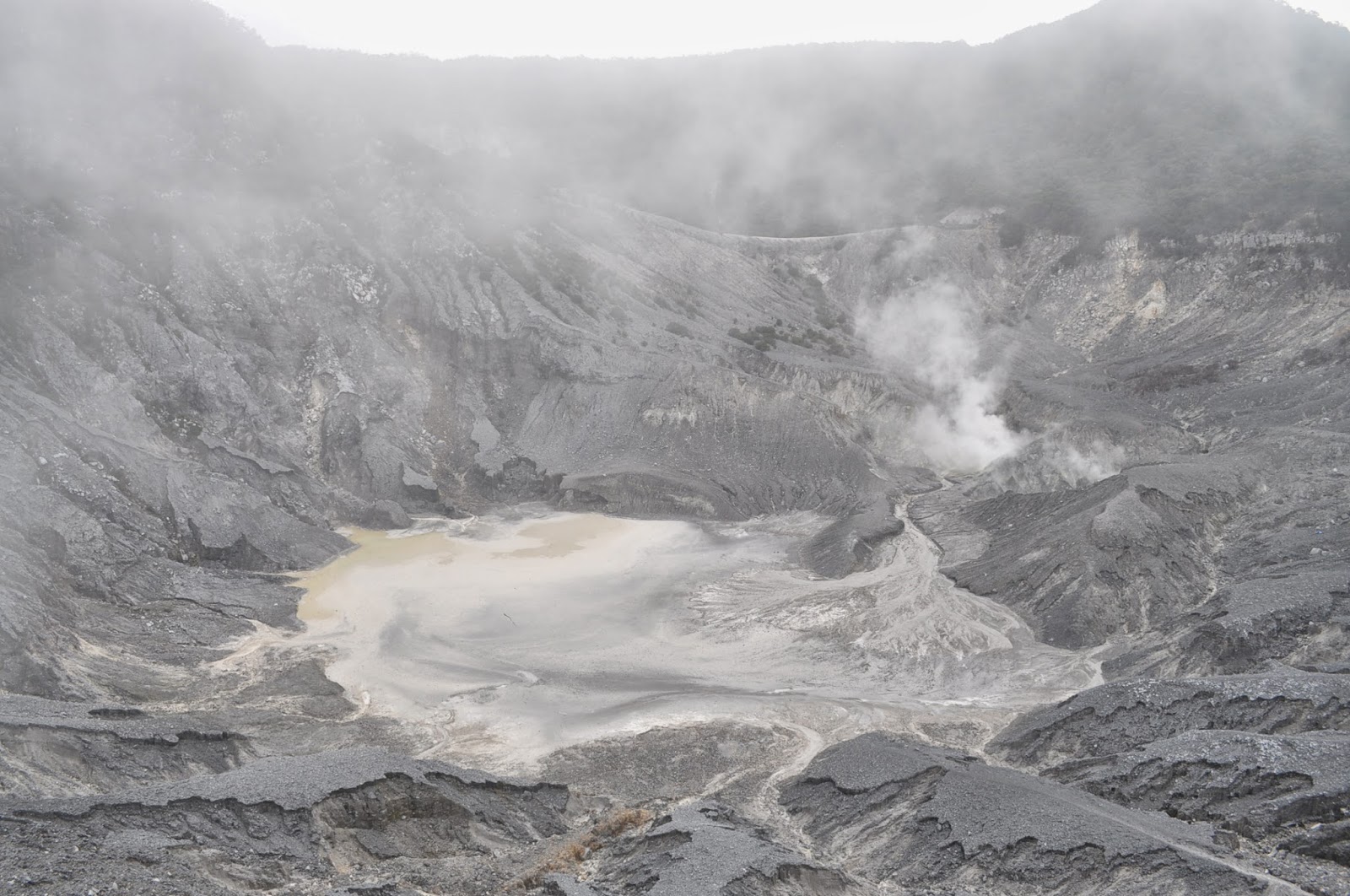 Tangkuban Parahu, a dormant volcano (it last erupted in 1983) about an hour's drive from Bandung. 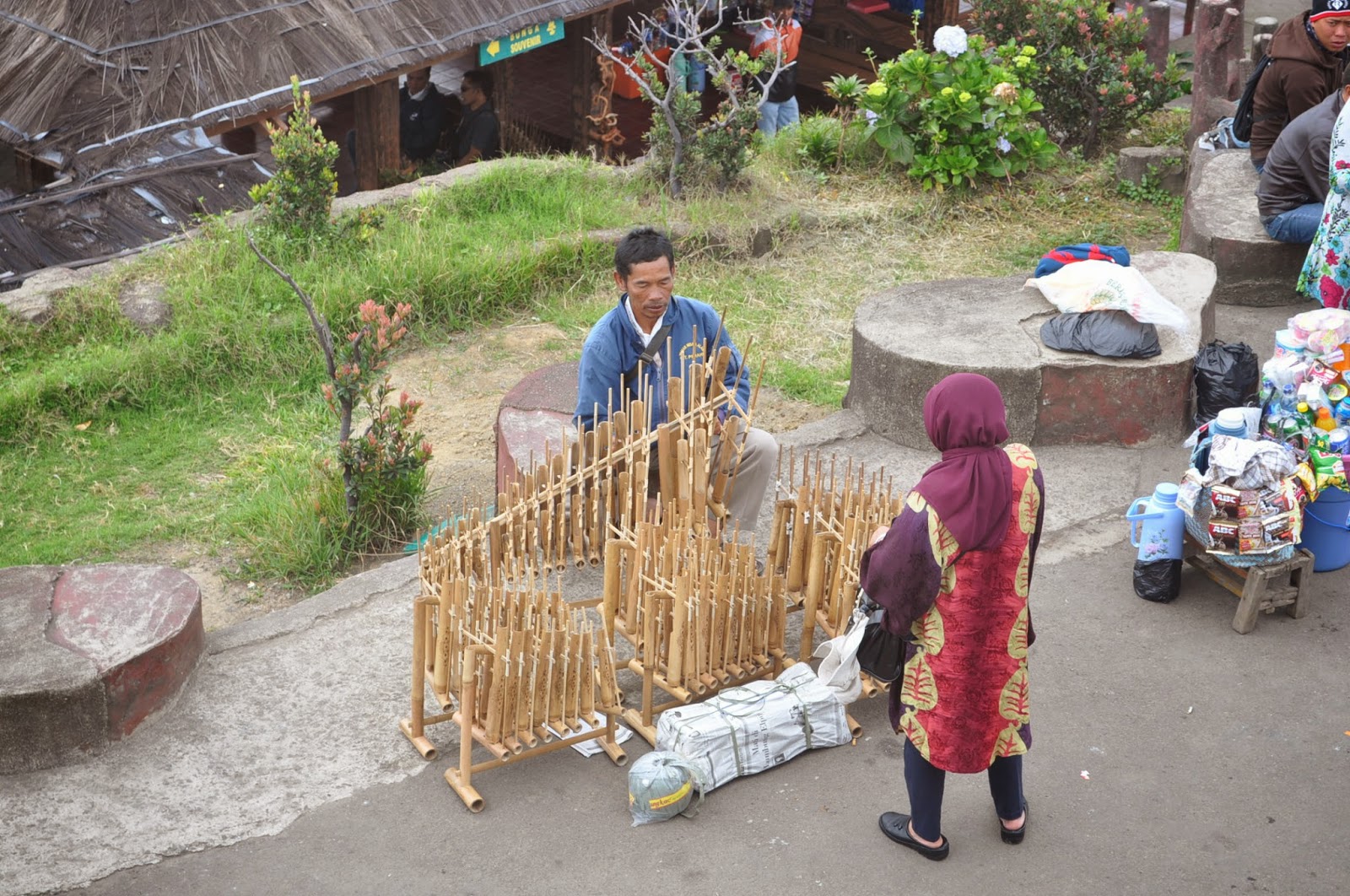 Tangkuban Parahu is considered as one of the tourist attractions in Bandung, thus you can find many vendors selling their wares near the parking lot next to the volcano. 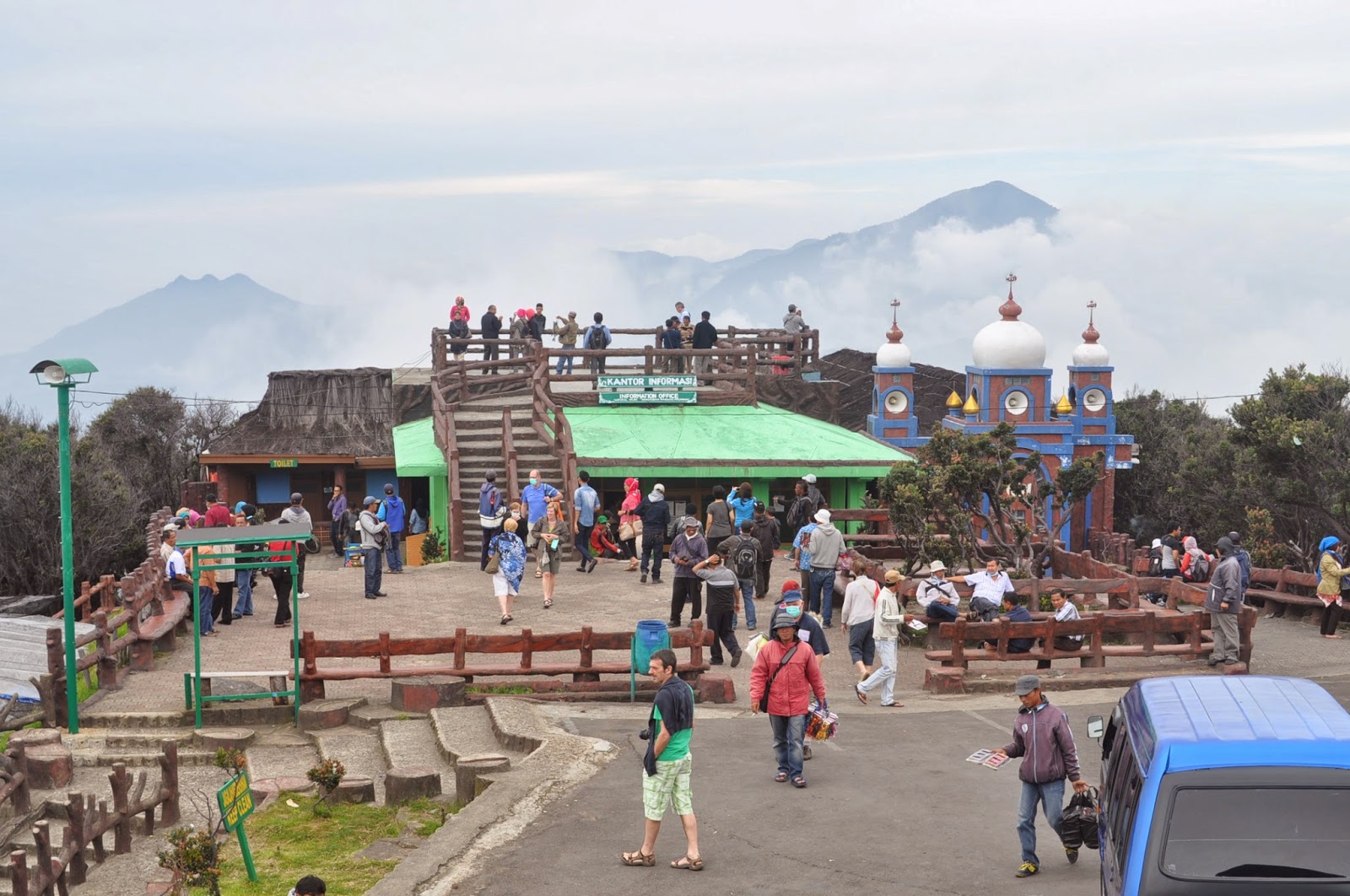 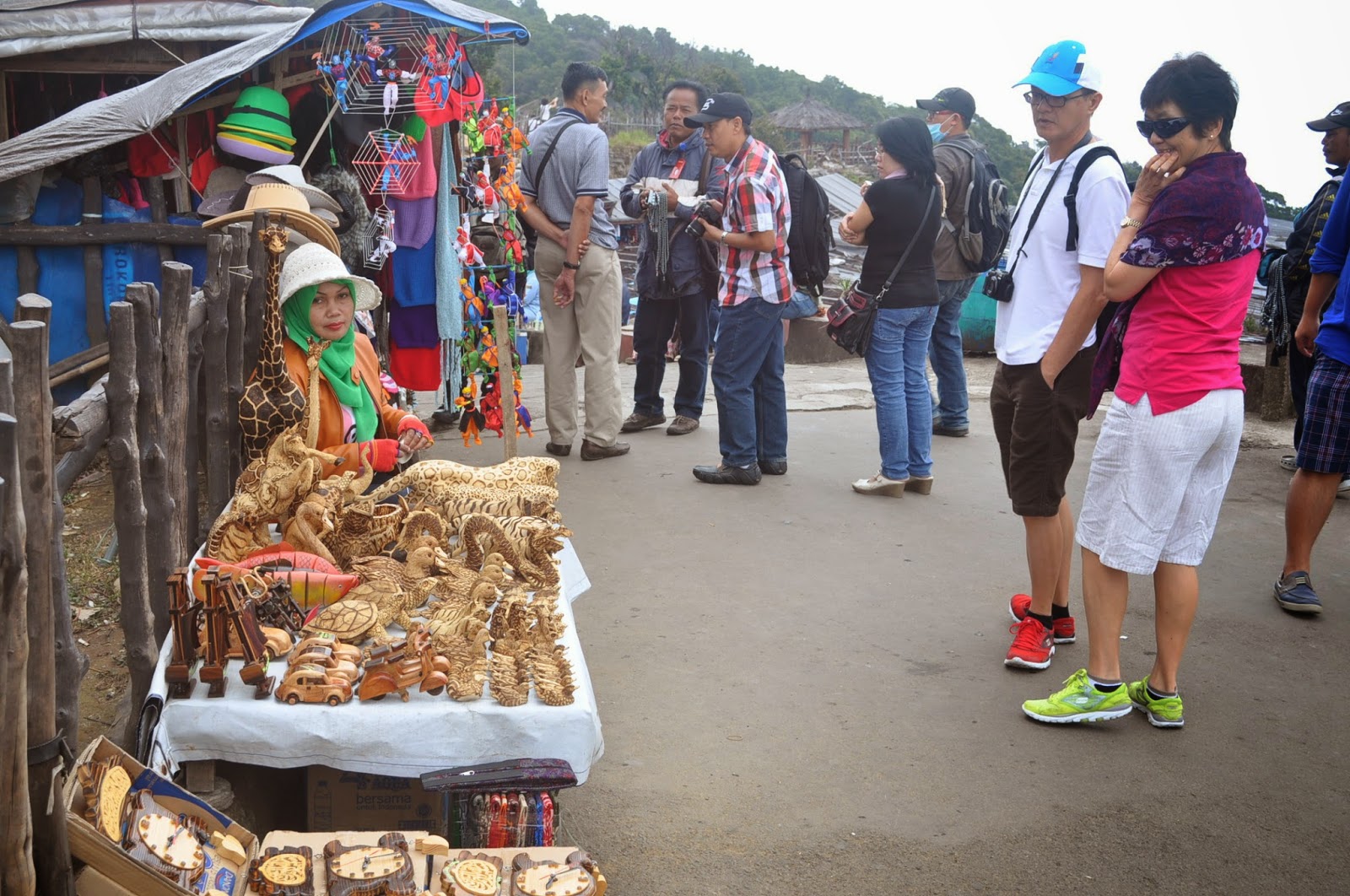 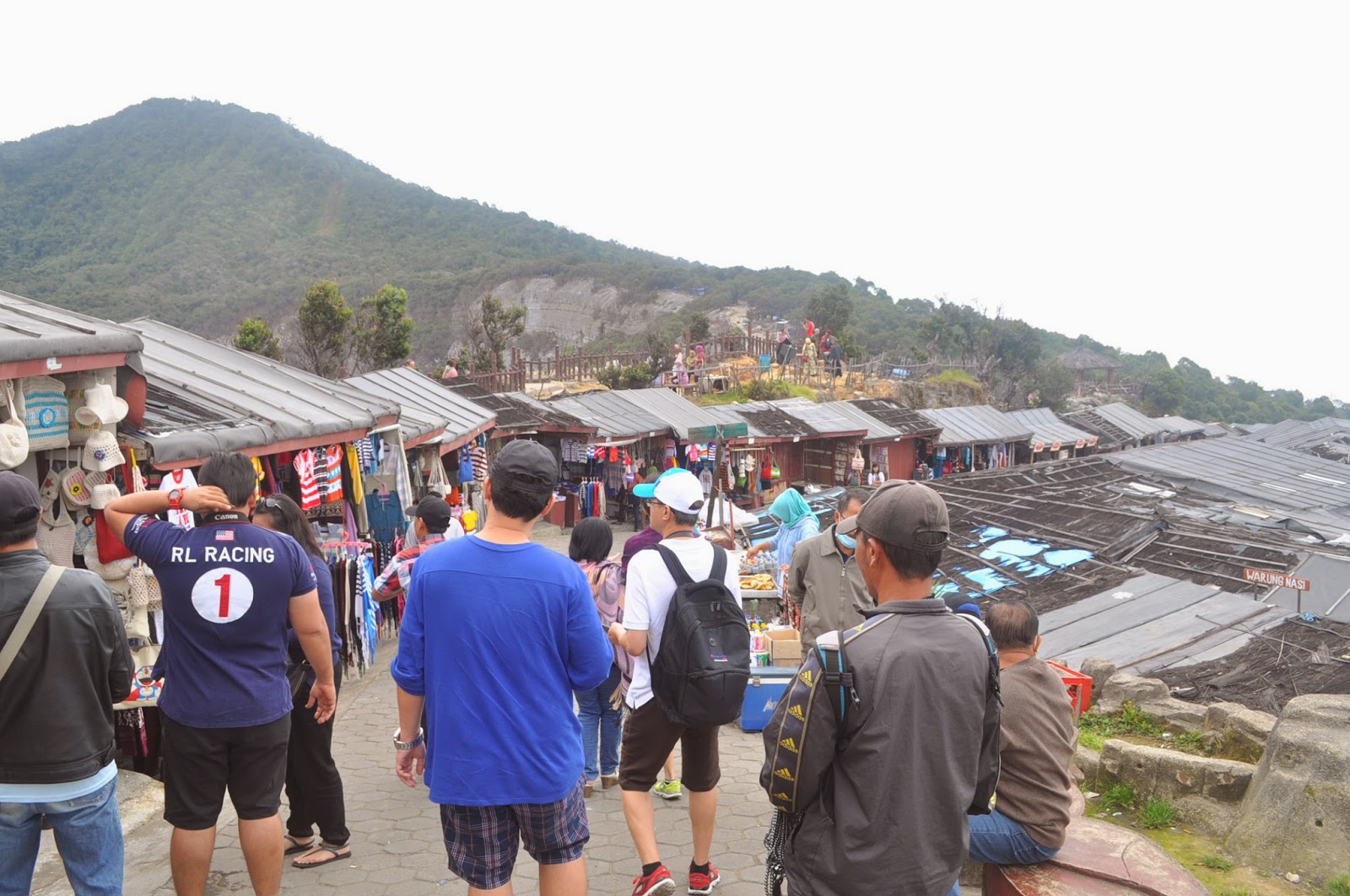 The row of stalls were set up strategically right next to the volcano's crater. I guess that unless the volcano display signs of volcanic activity, it would be quite safe doing business next to the crater. 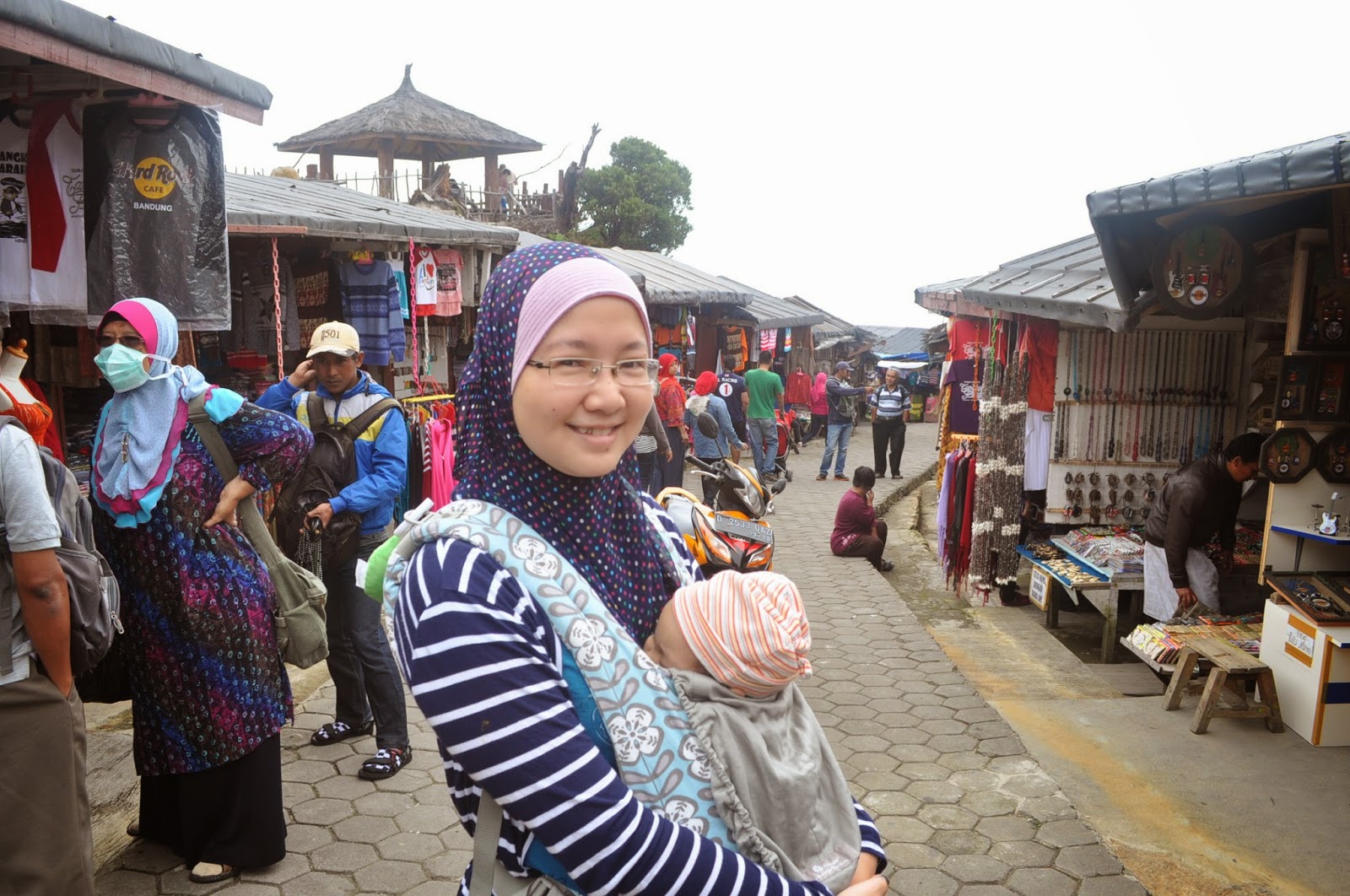 Me and Alexa. As usual, she prefers the Ergo baby carrier compared to her stroller. I guess she just loves to snuggle next to me or hubs . 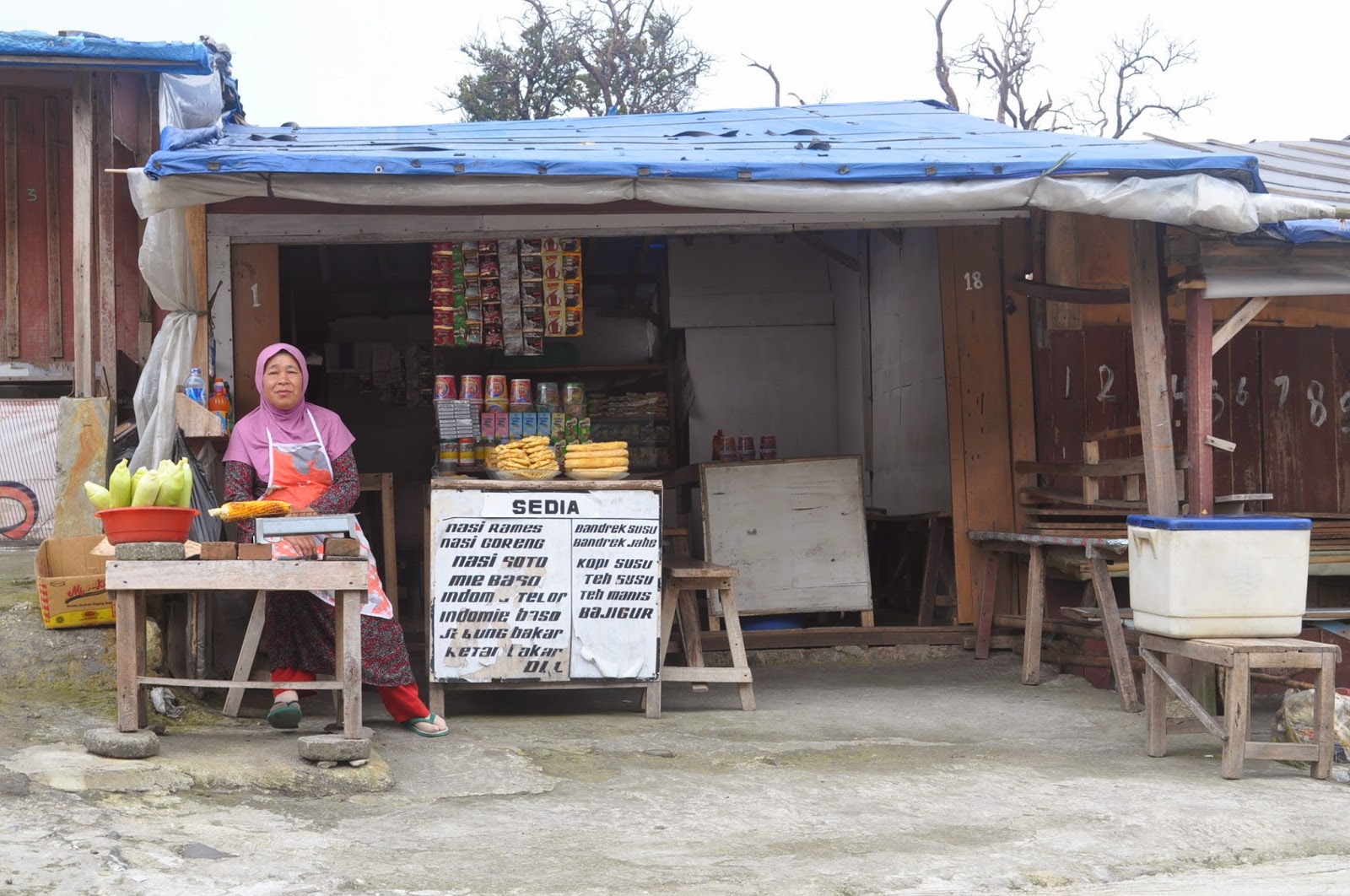 A lady selling grilled corn on the cob. There's actually plenty of stalls selling these around Tangkuban Parahu. 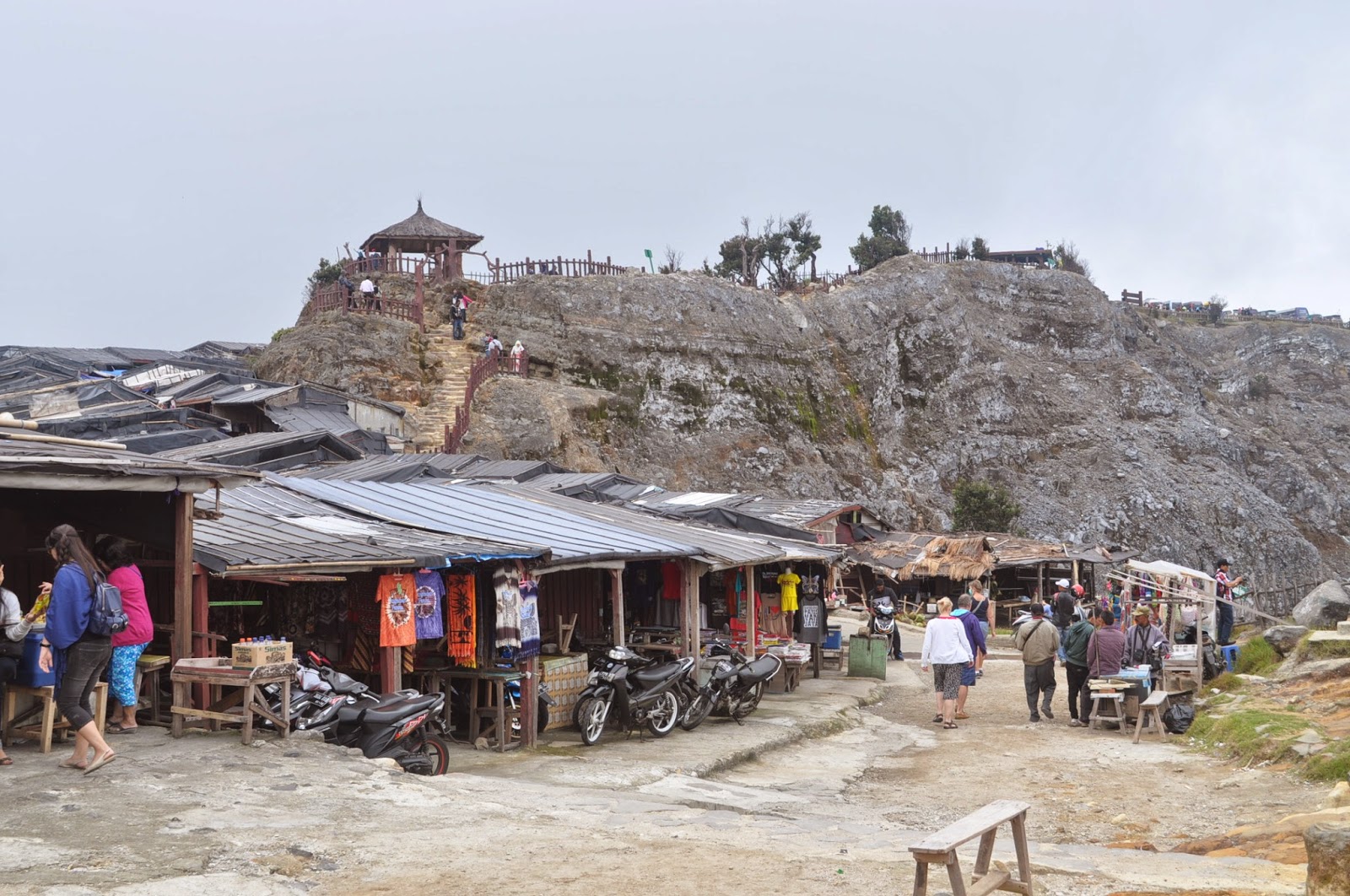 So this is basically how Tangkuban Parahu looks like. 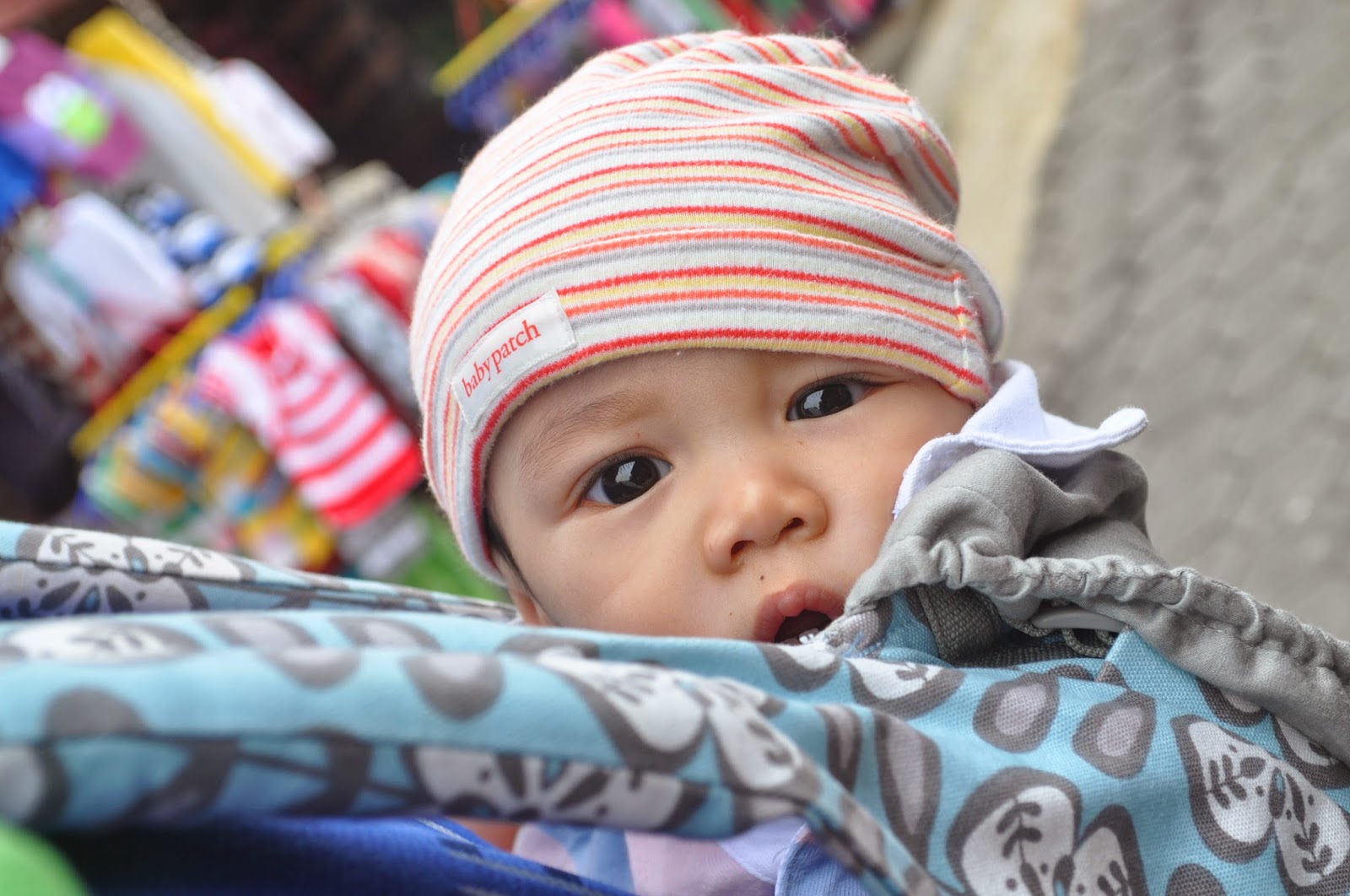 Alexa, having woken up from her nap. 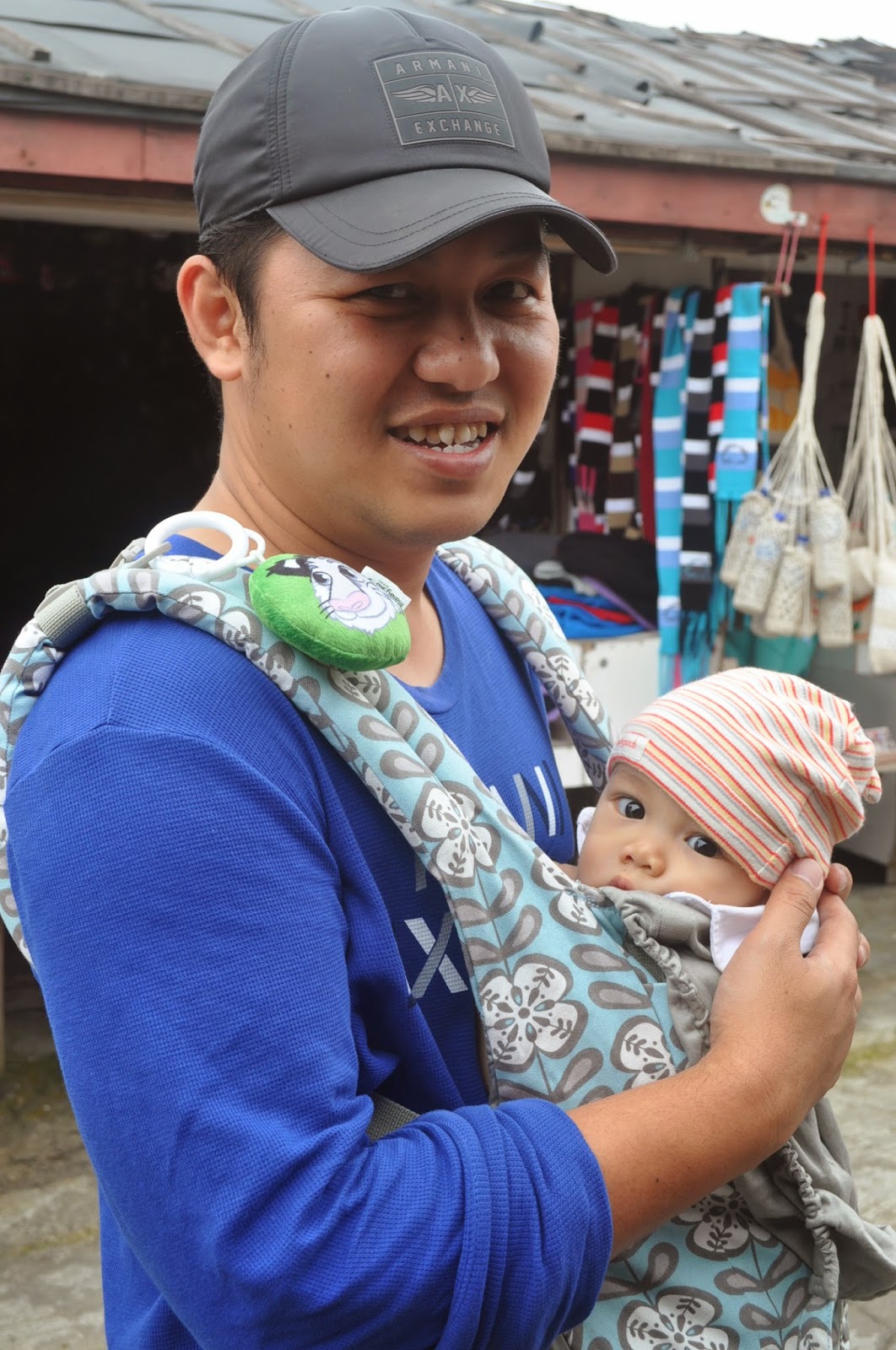 Hubs and Alexa. Weighing around 7 kgs, she's quite heavy to carry now. 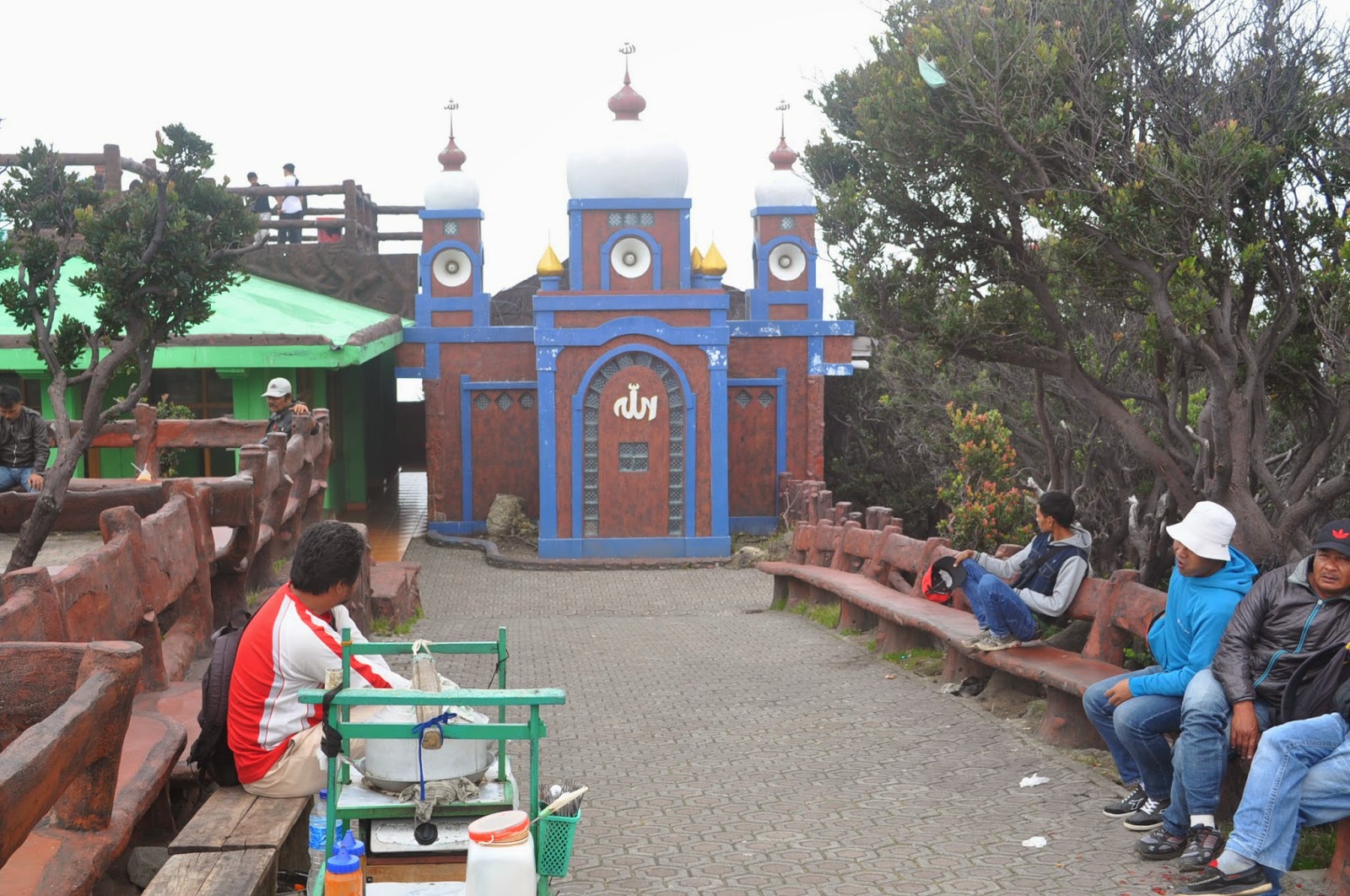 For Muslims, there's a musolla for those who'd like to perform their prayers. 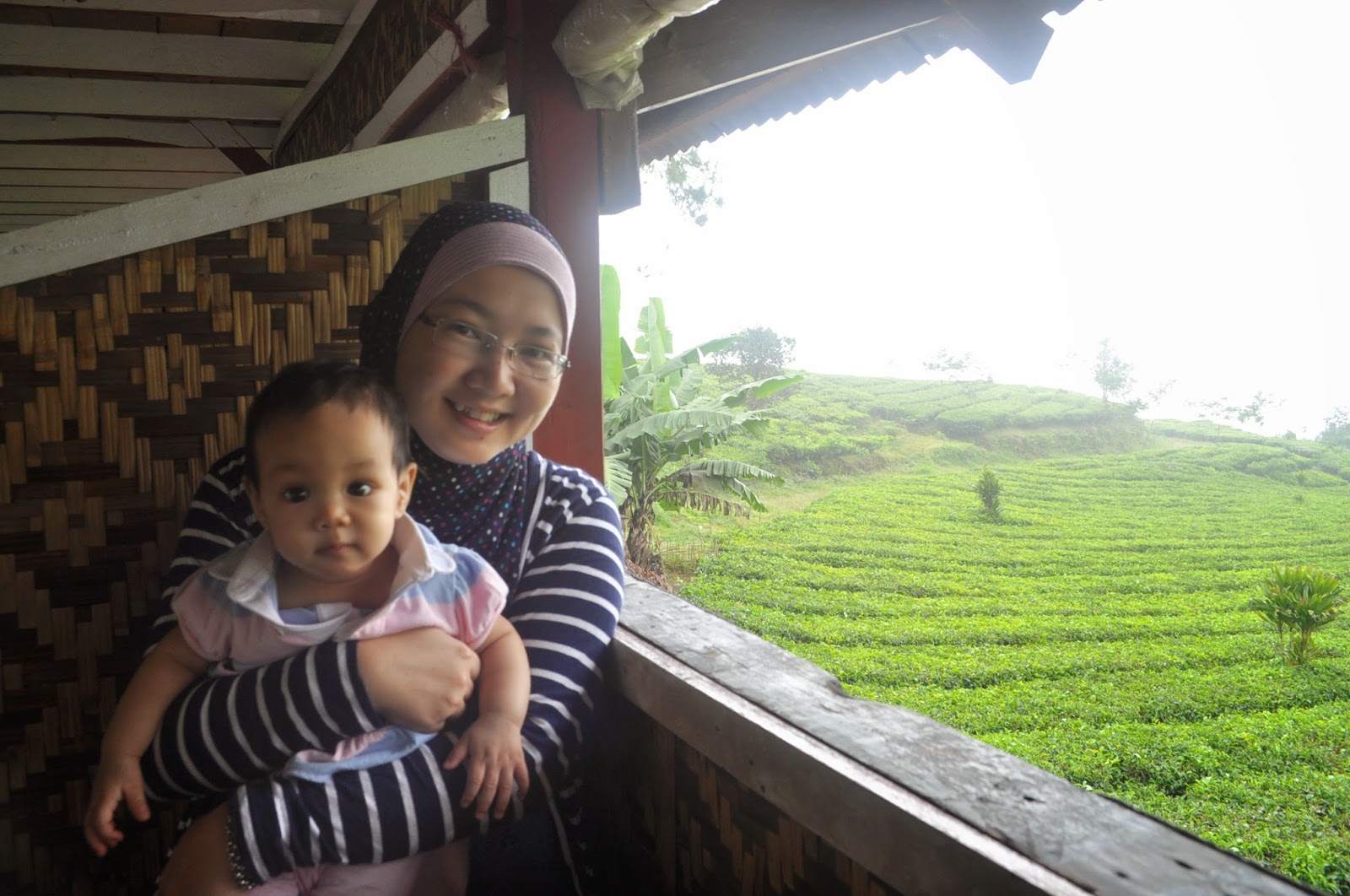 Post Tangkuban Parahu, we stopped by at a tea plantation for some tea. 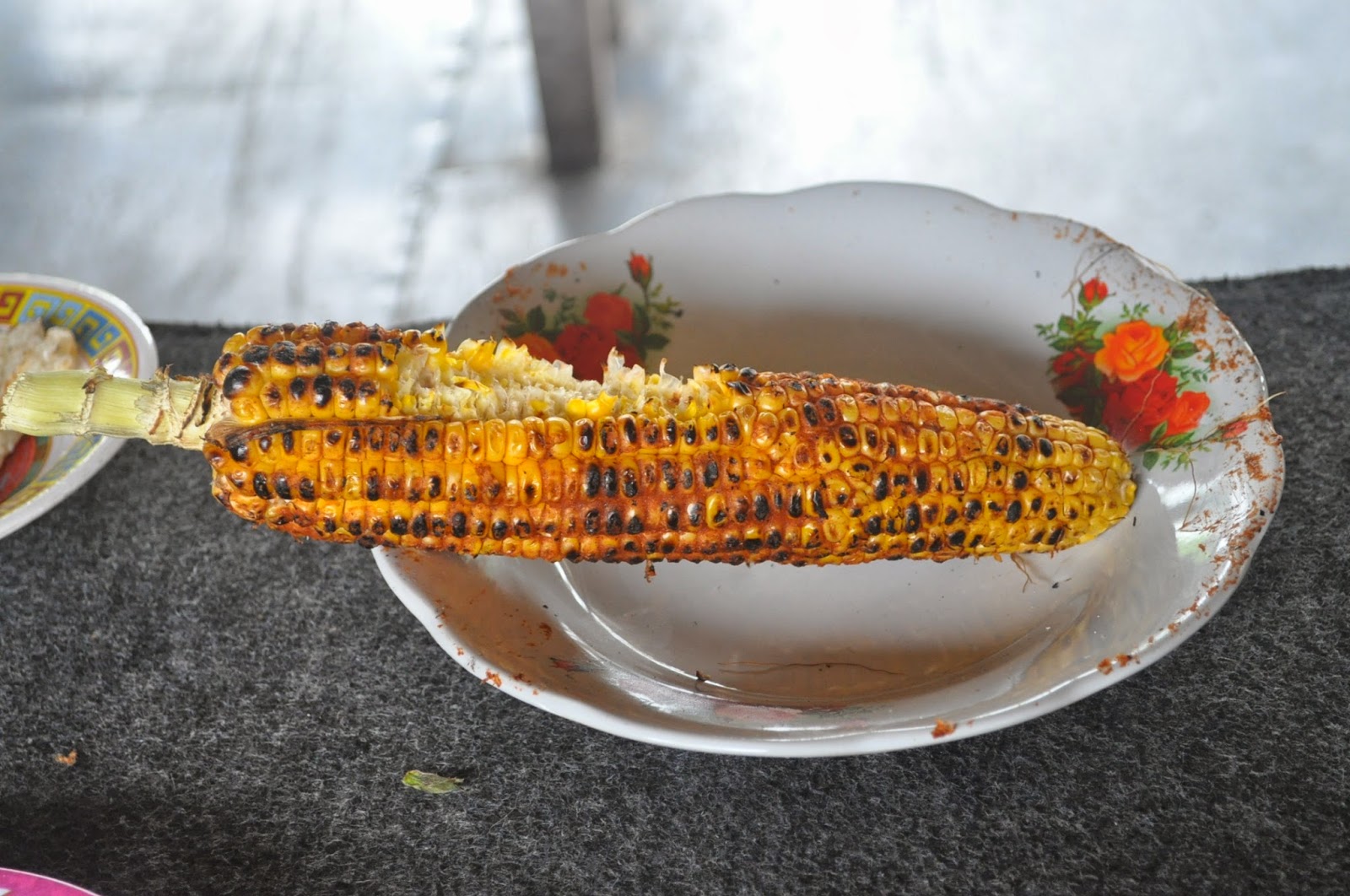 Burnt grilled corn on cob. A word of caution though, most sellers use kerosene to light up their grill, therefore I do not recommend the corn. We took a bite and immediately we can smell the kerosene from the corn. Yuck! 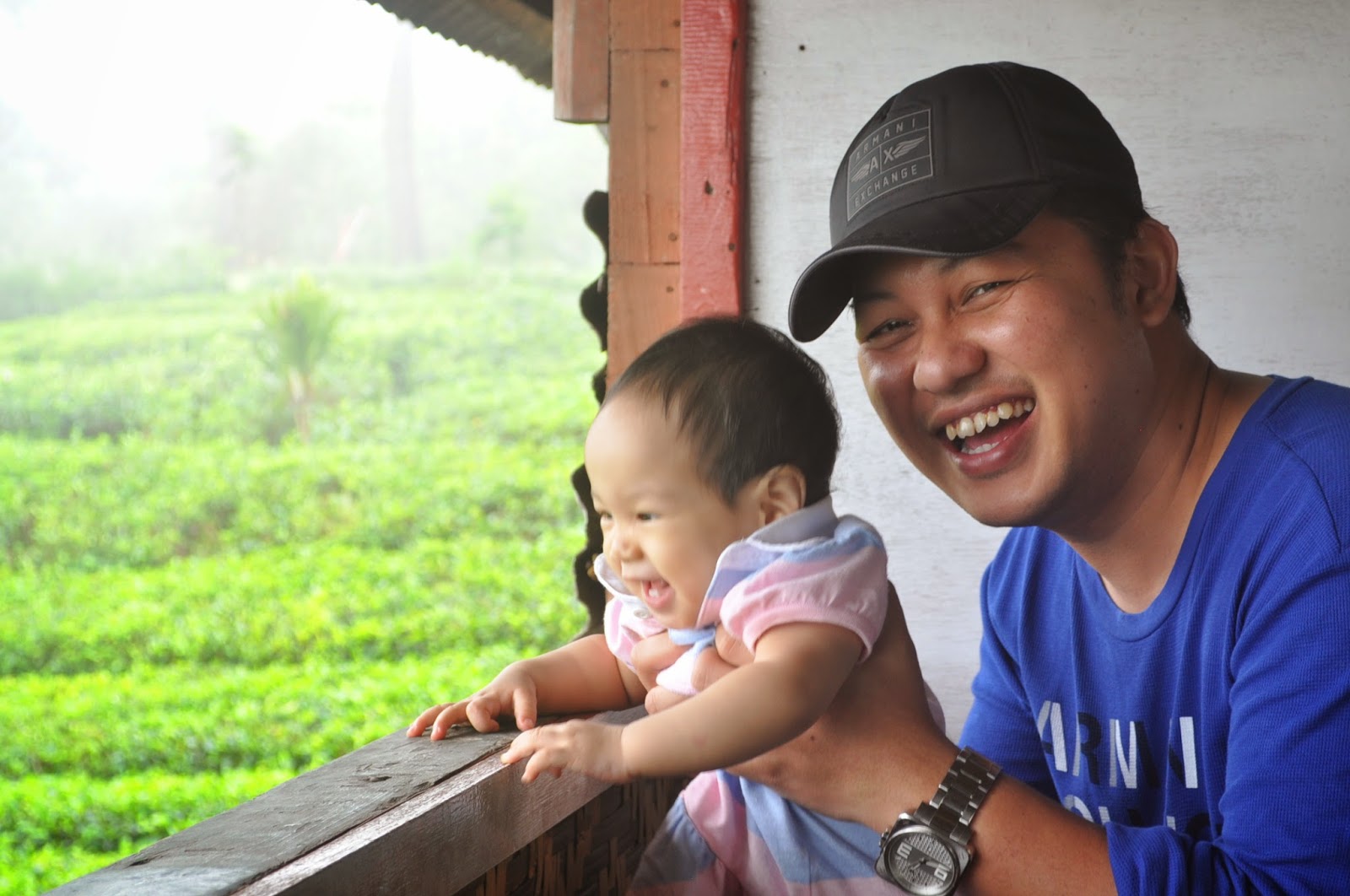 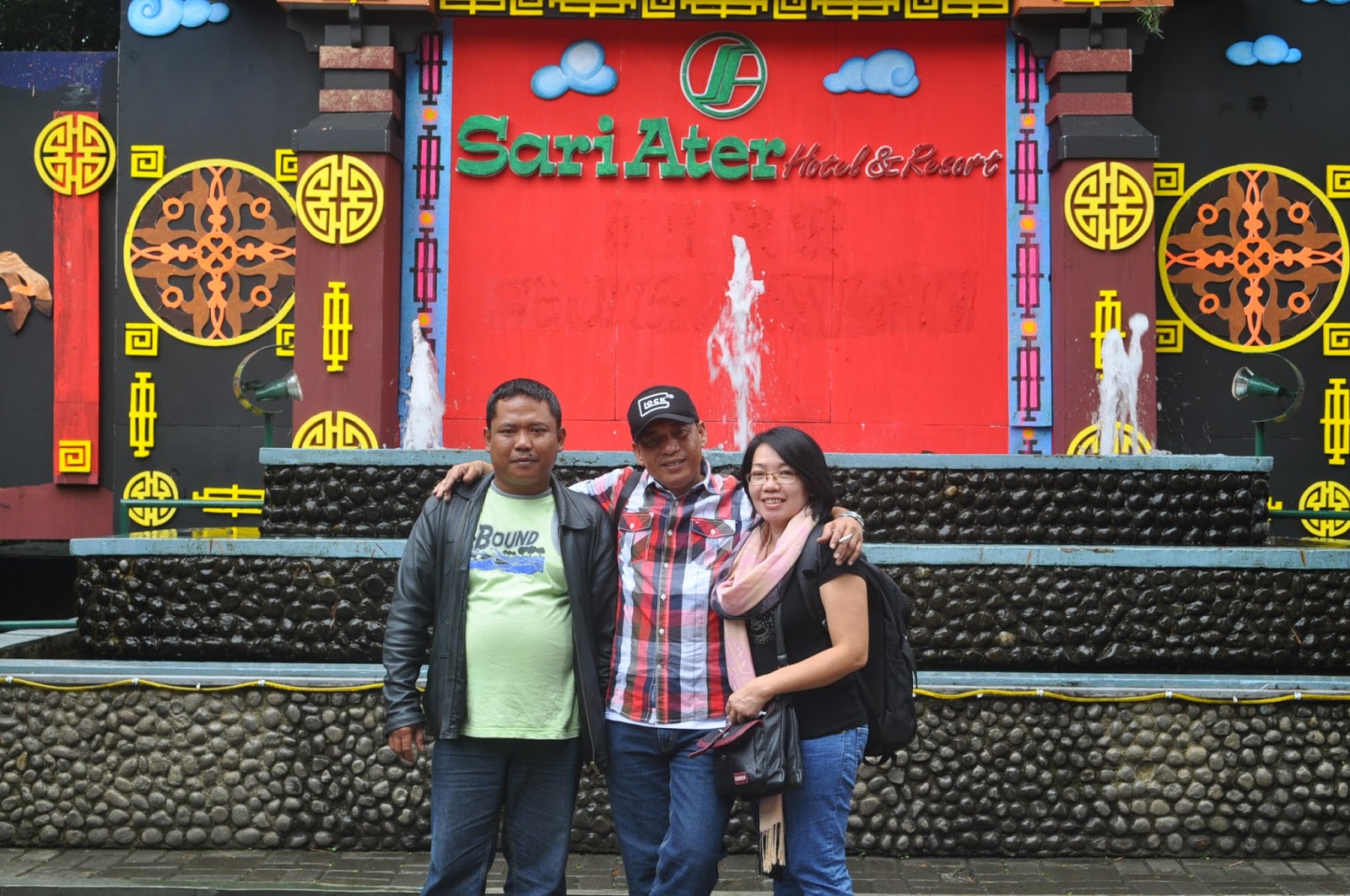 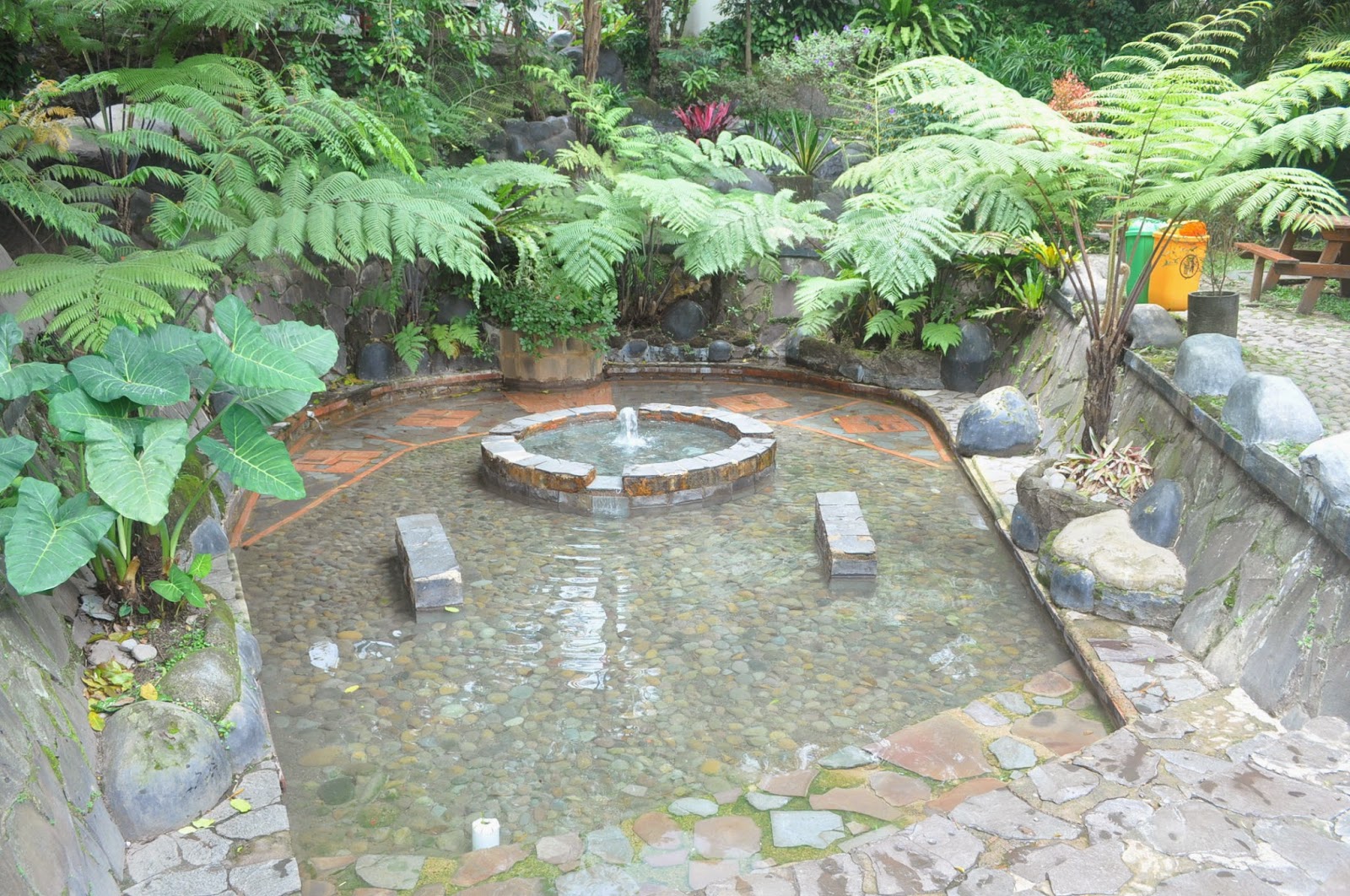 You can sit at the benches and enjoy a short dip in the hotspring. The water is almost boiling hot, so enter at your own risk! 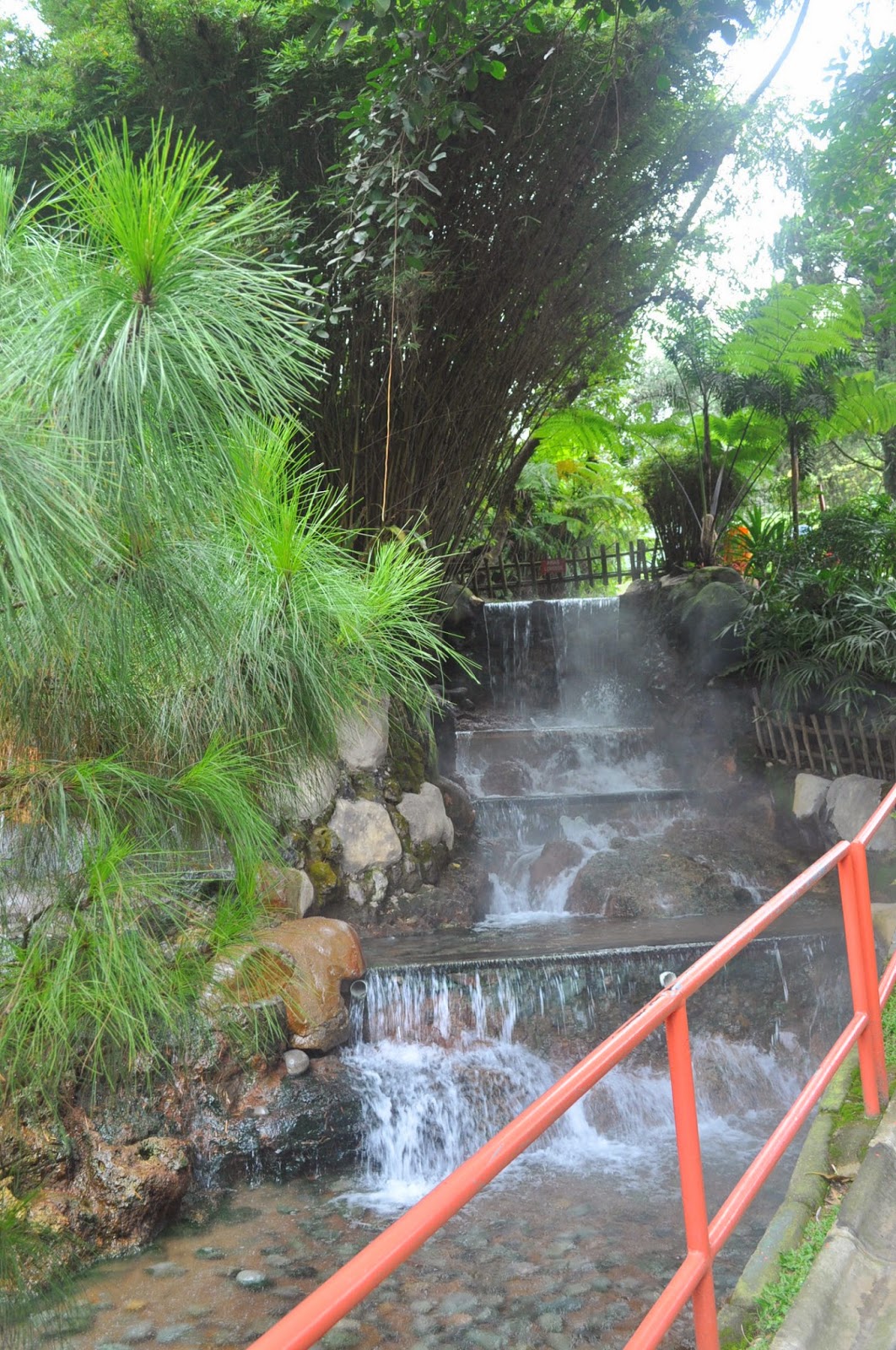 You can see the steam rising out of the water. I must say, the water from the hotspring is definitely very, very hot. 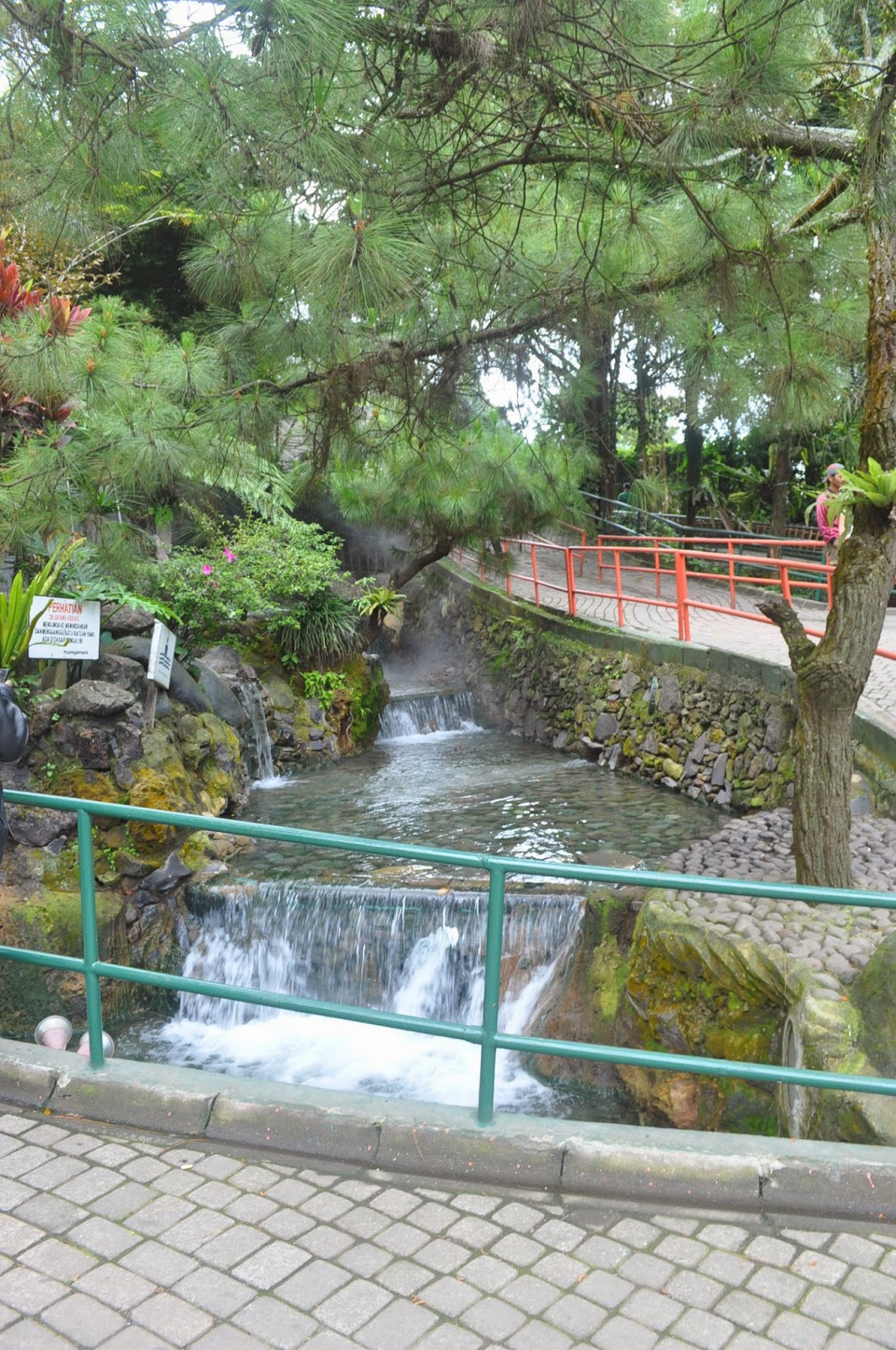 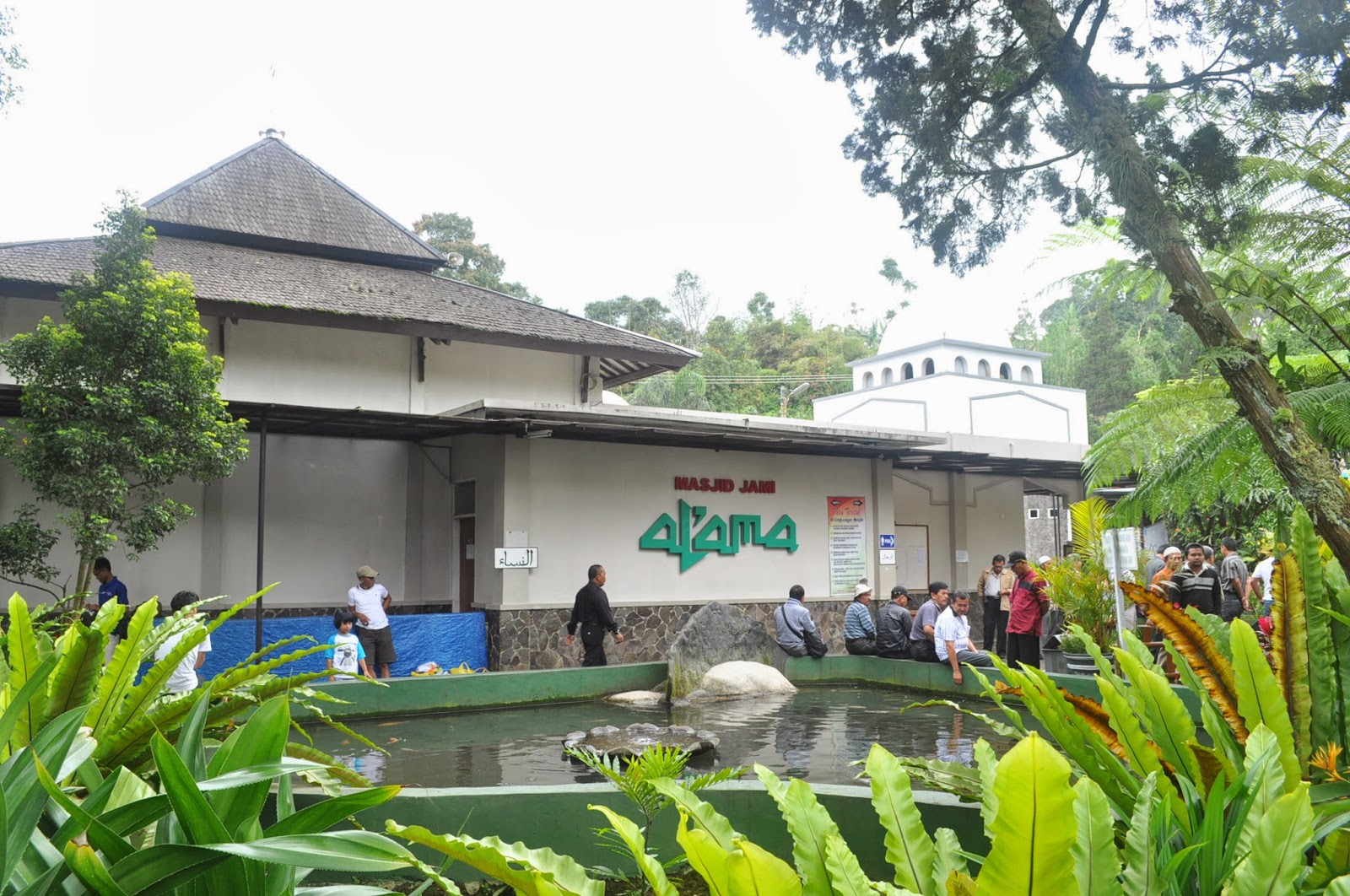 There's also a mosque within the area. We also stopped by Paris van Java for a lil' bit of shopping. 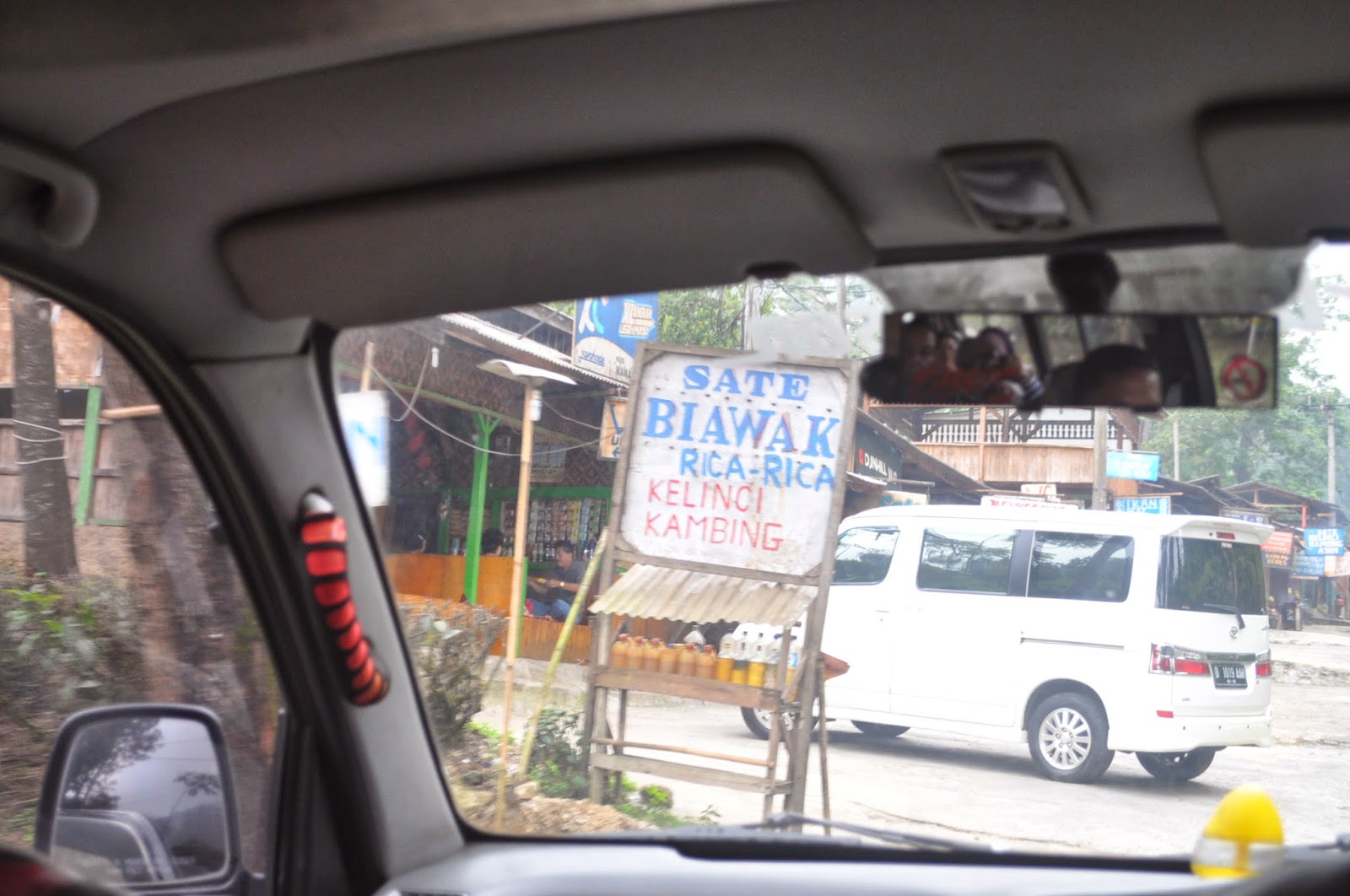 Those who are looking for exotic food could try sate biawak (monitor lizard sate), rica-rica sate (spicy sate), or sate kelinci (rabbit sate). And in case you're wondering, nope, I did not try any sate when we were in Bandung. I am a foodie, but exotic food are definitely not my thing. 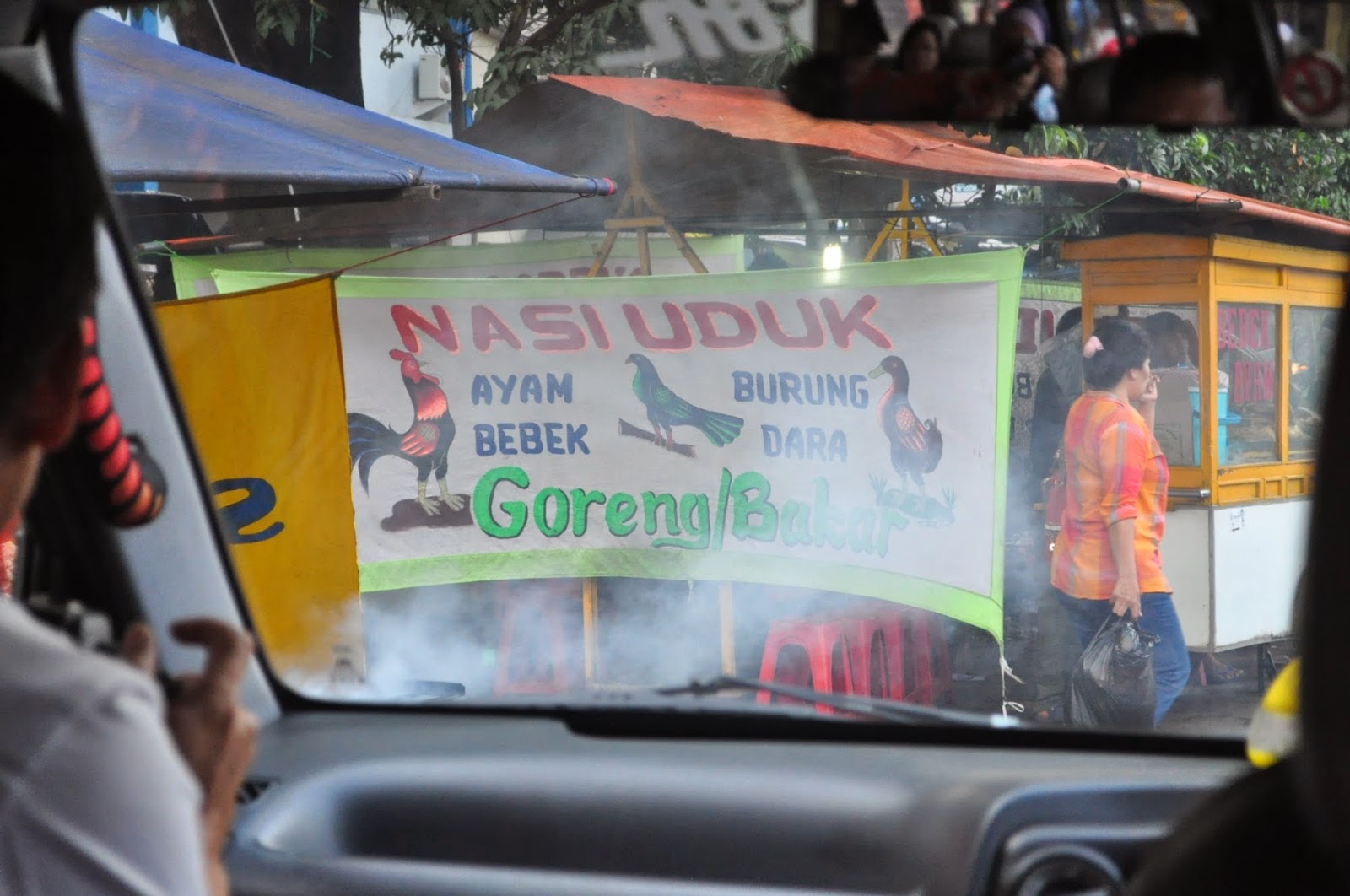 Nasi Uduk anyone? For those who are interested to know what is nasi uduk, you can click [here]. 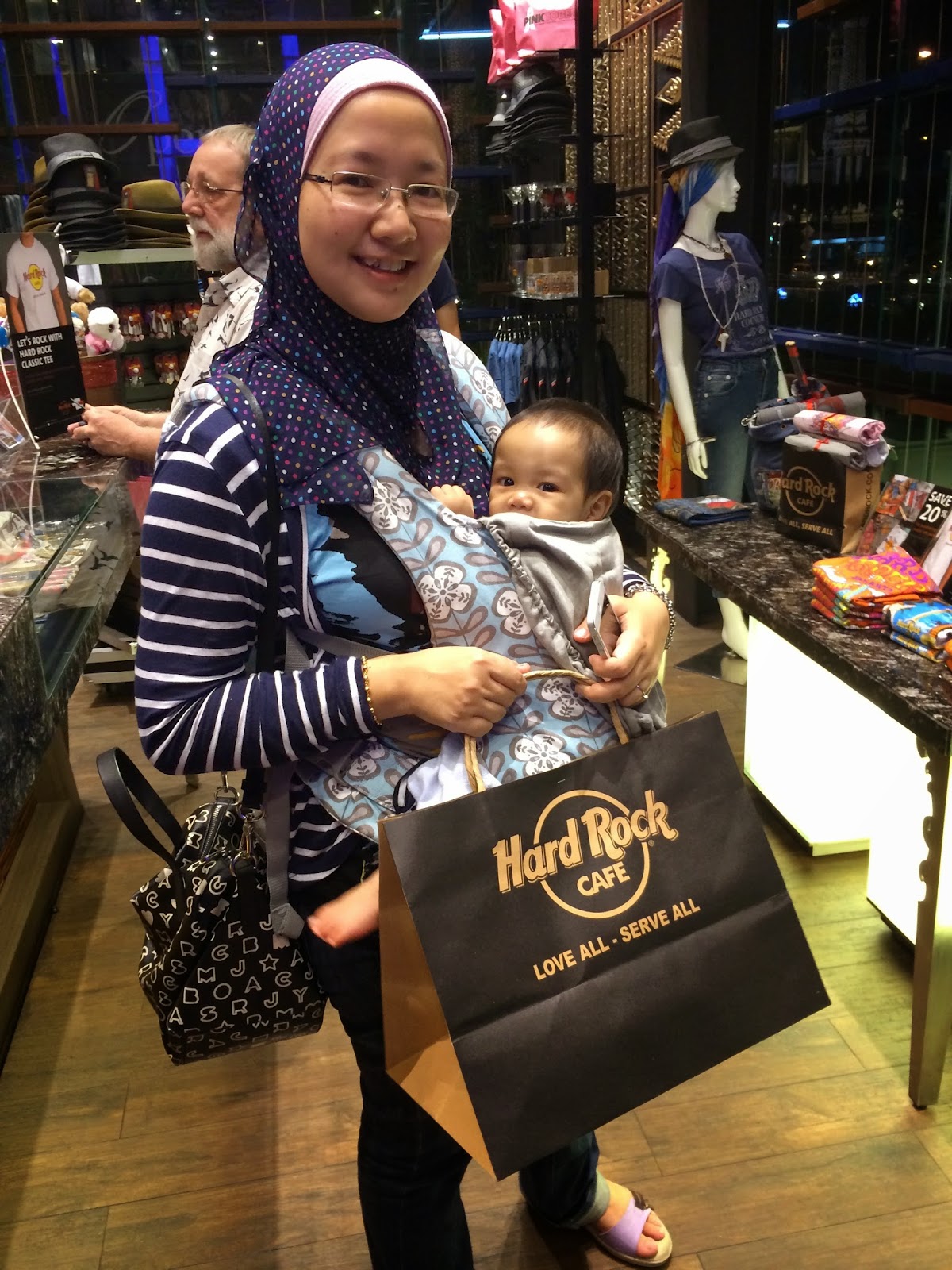 We ended our trip with a short stop to Hard Rock Café Jakarta for Alexa's first Hard Rock t-shirt. Hopefully she's be able to wear them for our next holiday trip which will be to Tokyo, Japan, next week.

It's a tad unfortunate that I'm pressed for time, there's still a few more photos that I'd like to add to this post. Will try to edit this post later so that I can add some photos of Jakarta. Am looking forward to our next trip which will be to Tokyo, Japan, next week.


xoxo Mrs Fashionista
Posted by Unknown at 2:21 AM