IlmFest Malaysia 2014: The Festival of Knowledge

This year has certainly been an adventure, barely six months in the year of 2014, I feel as if there's so many exciting things happening this year and it's as if the best part is yet to come! Anyway, this year we have definitely been very lucky to be able to participate in the ILMFest Malaysia 2014, happening right here in Putrajaya, Malaysia.
The conference is organized by Al Maghrib Institute and iMuslim and is supported by Jabatan Kemajuan Islam Malaysia. Held over a period of two days, 17th to the 18th of May 2014, we managed to grab early bird tickets (woot! woot!) for the conference and the best part is, it's baby friendly so Alexa gets to come and join us for her first ever Islamic festival and conference. 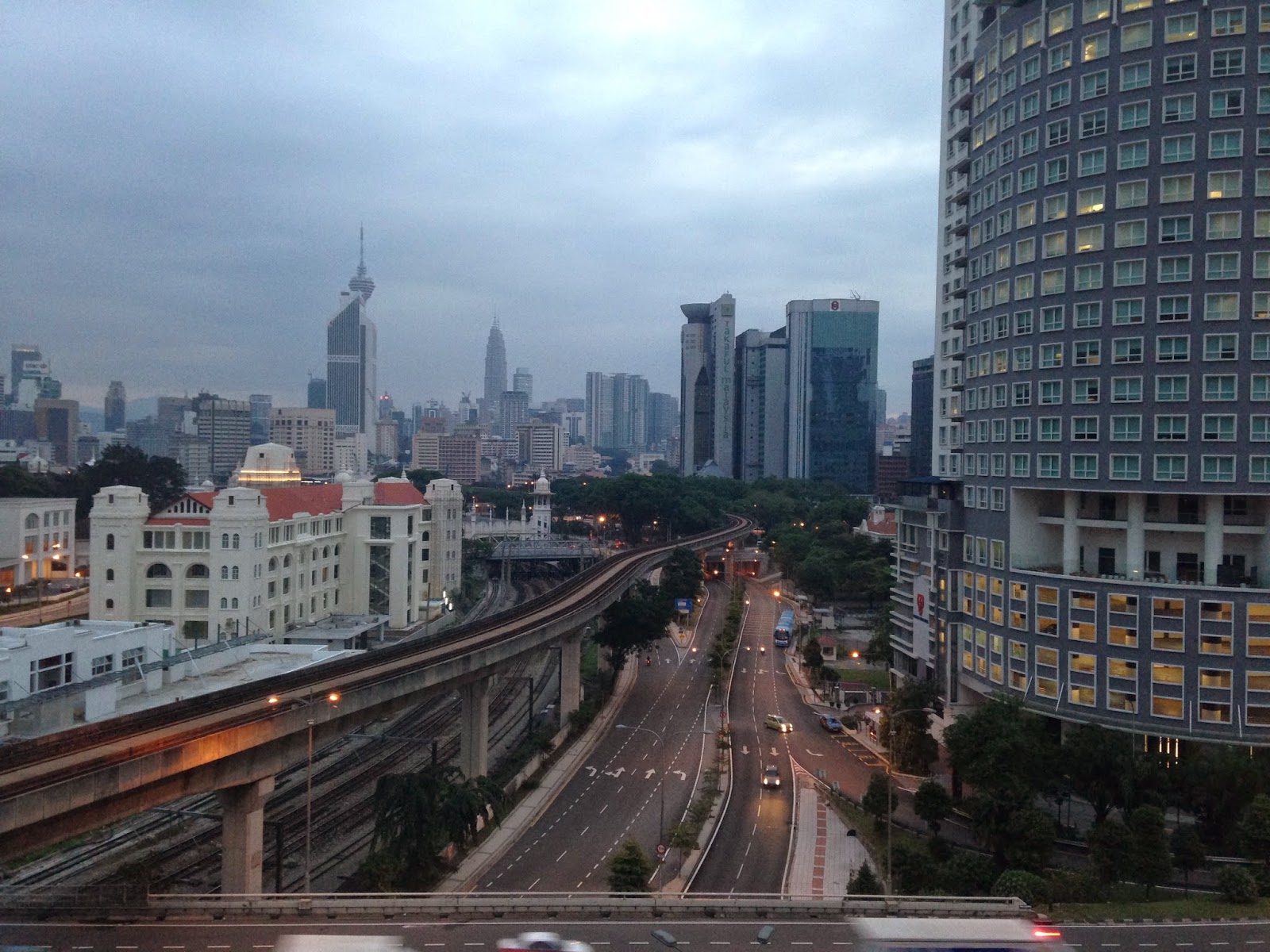 Lovely view from Prescott Hotel.
We stayed at Prescott Hotel for obvious reasons. It's located about 10 minutes walk from KL Sentral and since we'll be attending the festival for two days and traveling via KLIA Transit to Putrajaya, this seems to be the best option for us. There's also easy access to food (plenty of eateries nearby) and the nearby shopping complex (Nu Sentral) provided us with a bit of retail theraphy. Although truth be told, we never did get to explore Nu Sentral as we spent the whole weekend at Putrajaya International Convention Centre (PICC), the venue of the conference. 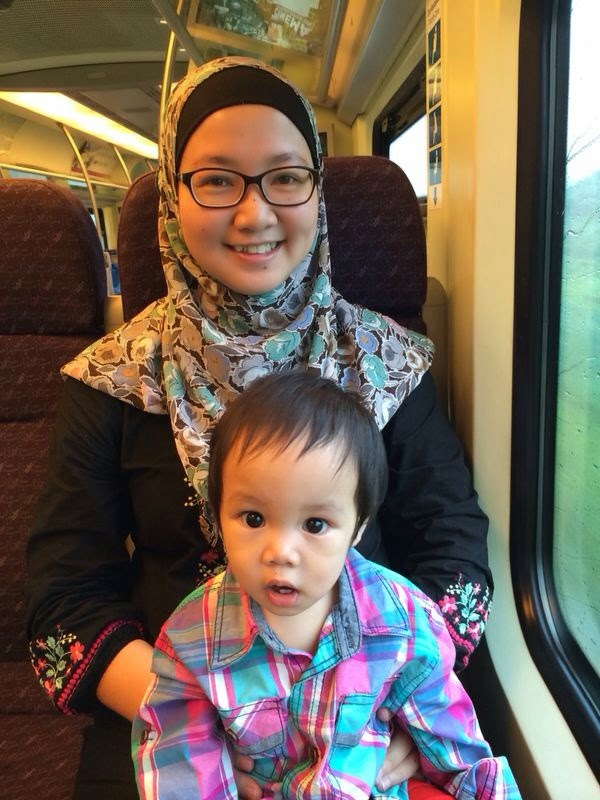 We took KLIA Transit to Putrajaya. The whole trip to Putrajaya was only about 15 minutes and the tickets were about RM9 each. However, the waiting time (for the train) was almost 30 minutes =(. We then took a cab to PICC which costs us somewhere around RM20. 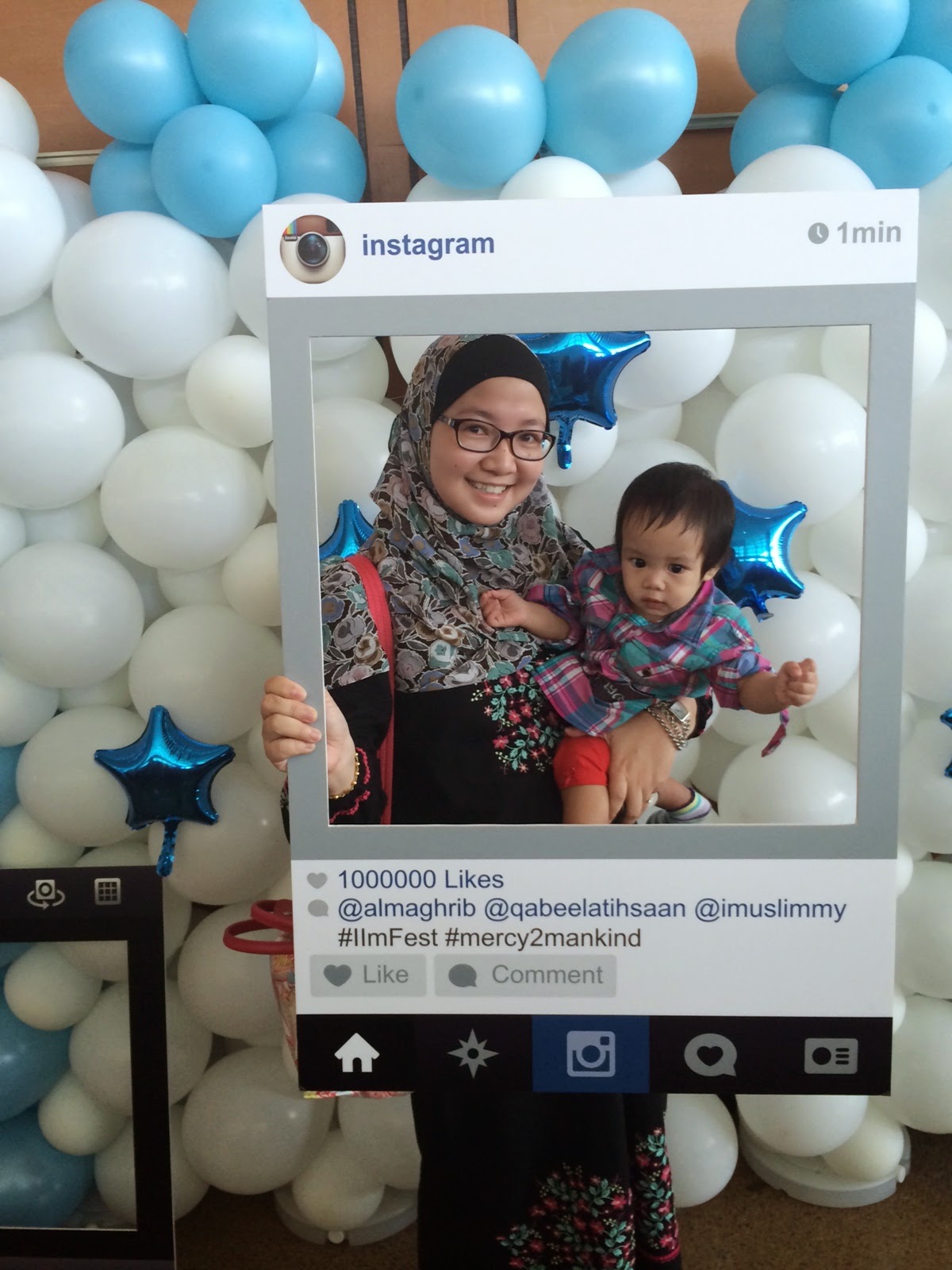 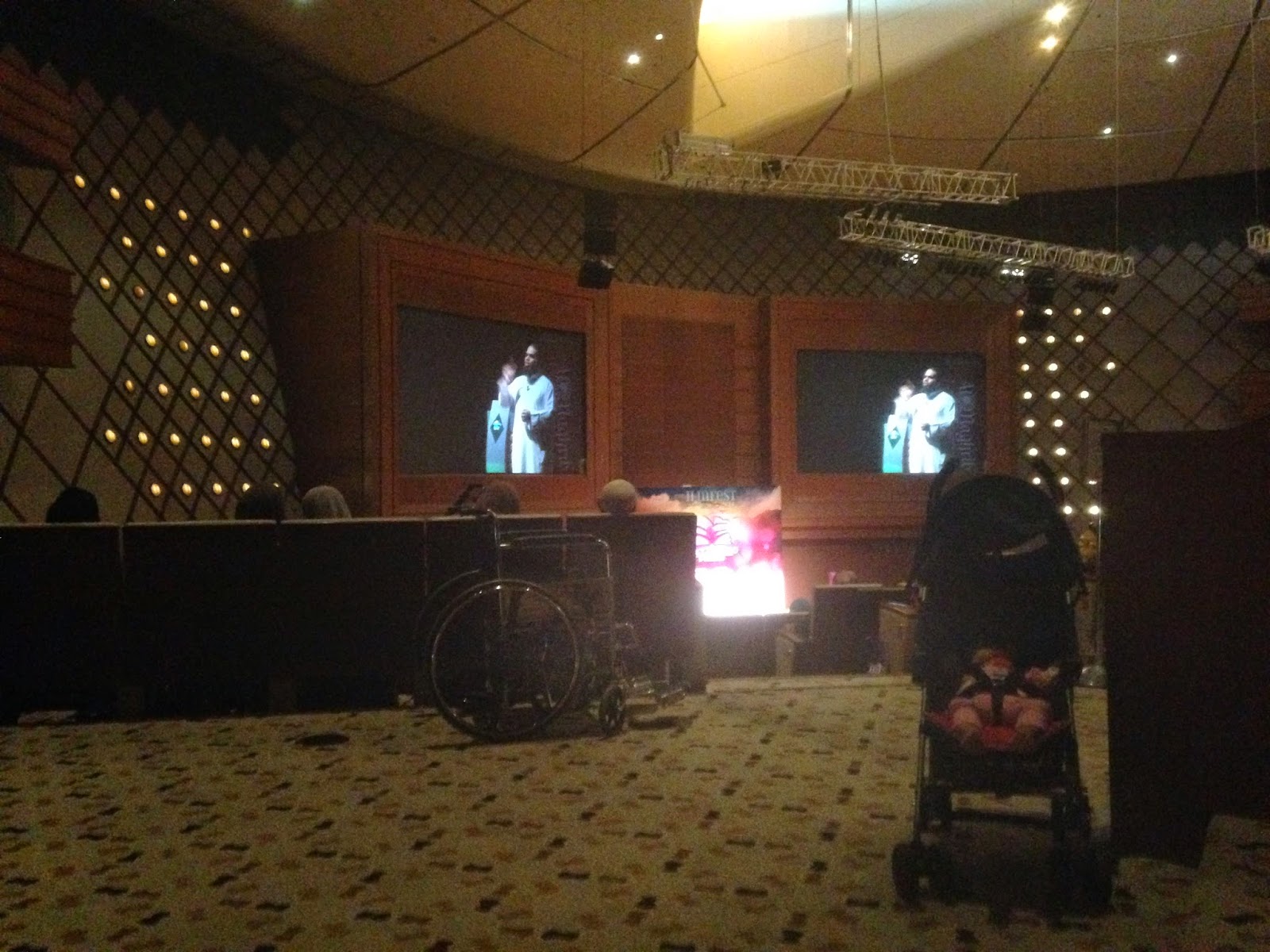 The best part about this conference is that it's baby and wheelchair friendly. There were about 3,000 attendees of this conference and there were so many parents bringing their children of various ages that it made me feel as if I wasn't the only one with a baby (which was good). Of course there are the occasional baby cries here and there but that did not stop us from listening attentively to the course. 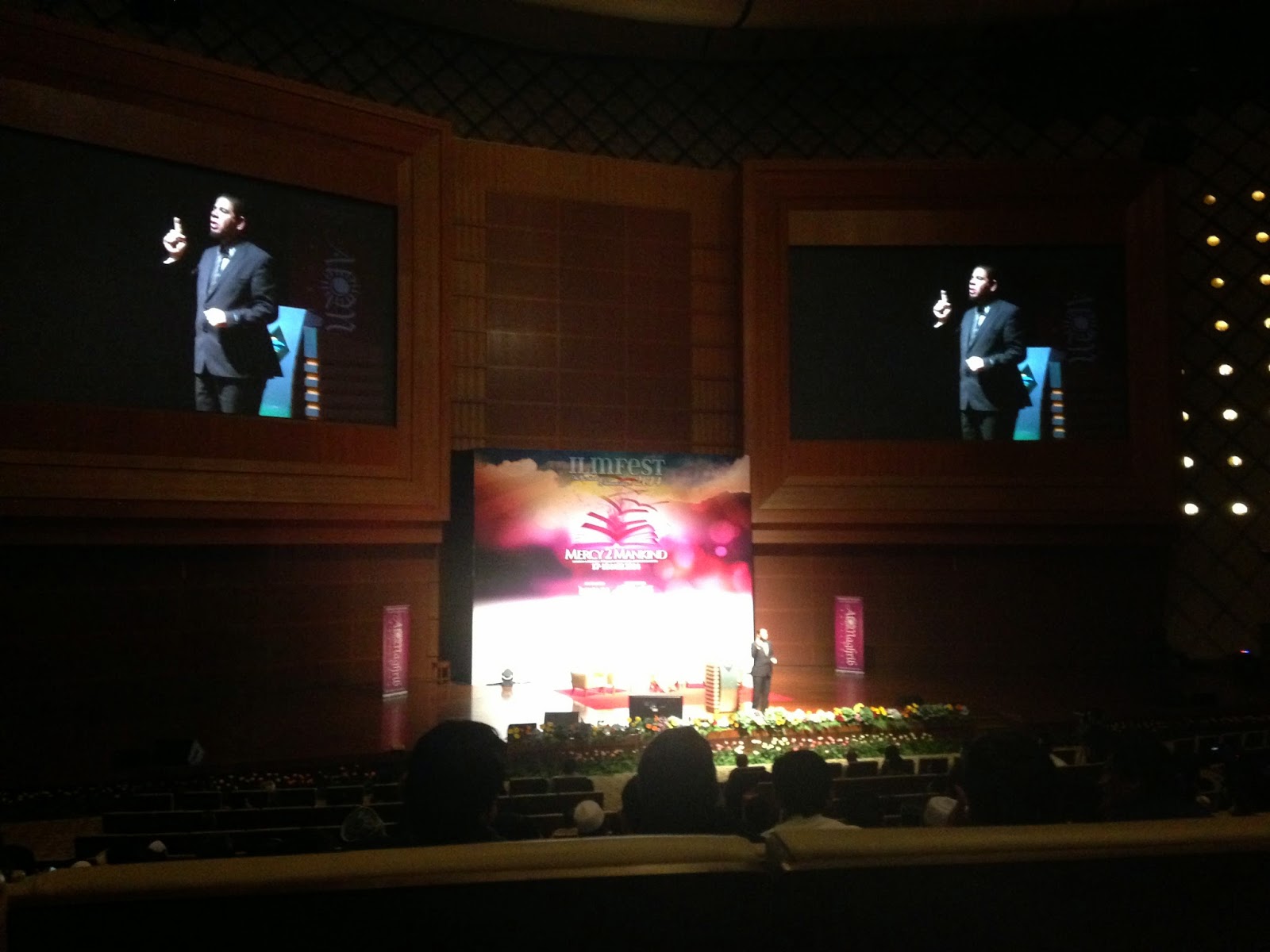 This is Dr Reda Bedeir, one of the speakers of the program. All in all there were 14 speakers and let me tell you, they are absolutely amazing! Their lectures were filled with gems and insights on the life of our beloved Prophet Muhammad s.a.w. and not only that, they also managed to convey their lectures with such passion that it certainly is not the same as reading it from a book, you must be there to experience it. 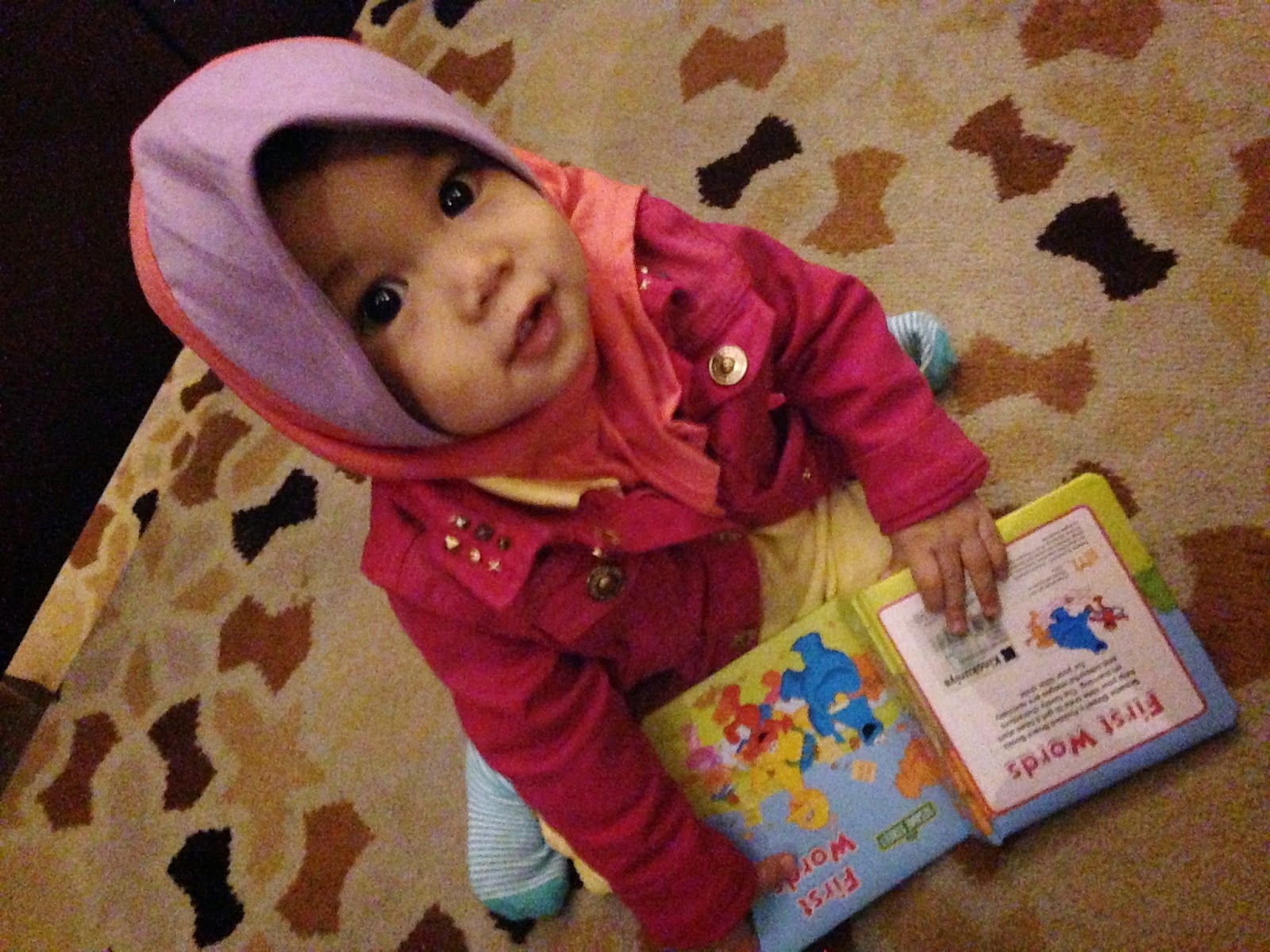 I bought Alexa this pretty little hijab from Pretty Princess Zara for RM30. There were several booths outside the auditorium where we get to buy pretty little things like these =). If you're interested, you can visit/ follow their Instagram account [here].
For mummies with little kids (like me), I know that it must be rather daunting bring a child/ children to a religious conference and let me be truthful, I wasn't sure whether I would be able to handle Alexa during the conference. For this conference, there is a separate Mother's room available for mothers to listen to the conference (there's a live feed of the conference set up in the room) and at the same time your child/ children can run/ hop/ crawl/ walk safely (with your supervision of course) in the room. You can feed/ sleep/ diaper change/ play with your baby all you like in the privacy of the room.
Luckily for me hubs was kind enough to offer his help in minding Alexa that we both had the opportunity to enjoy the conference from the main hall. Syukur Alhamdulillah. 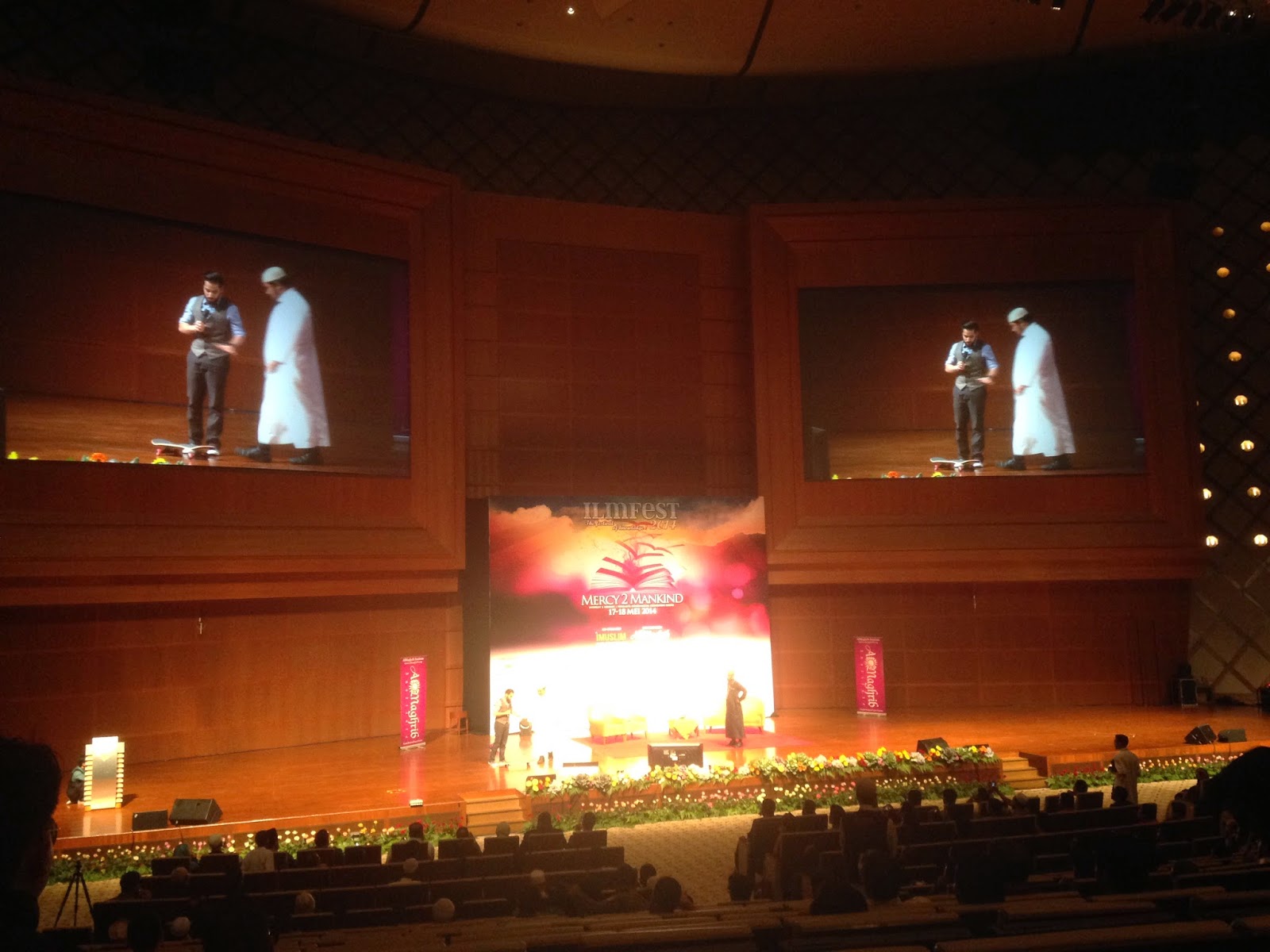 In the afternoon session we'd have an entertainment session after Asr prayers and this is one of them where Shaykh Saad Tasleem teaches Shaykh AbdulBary Yahya how to use a skateboard. This is definitely my first time seeing someone in a robe use the skateboard =P. 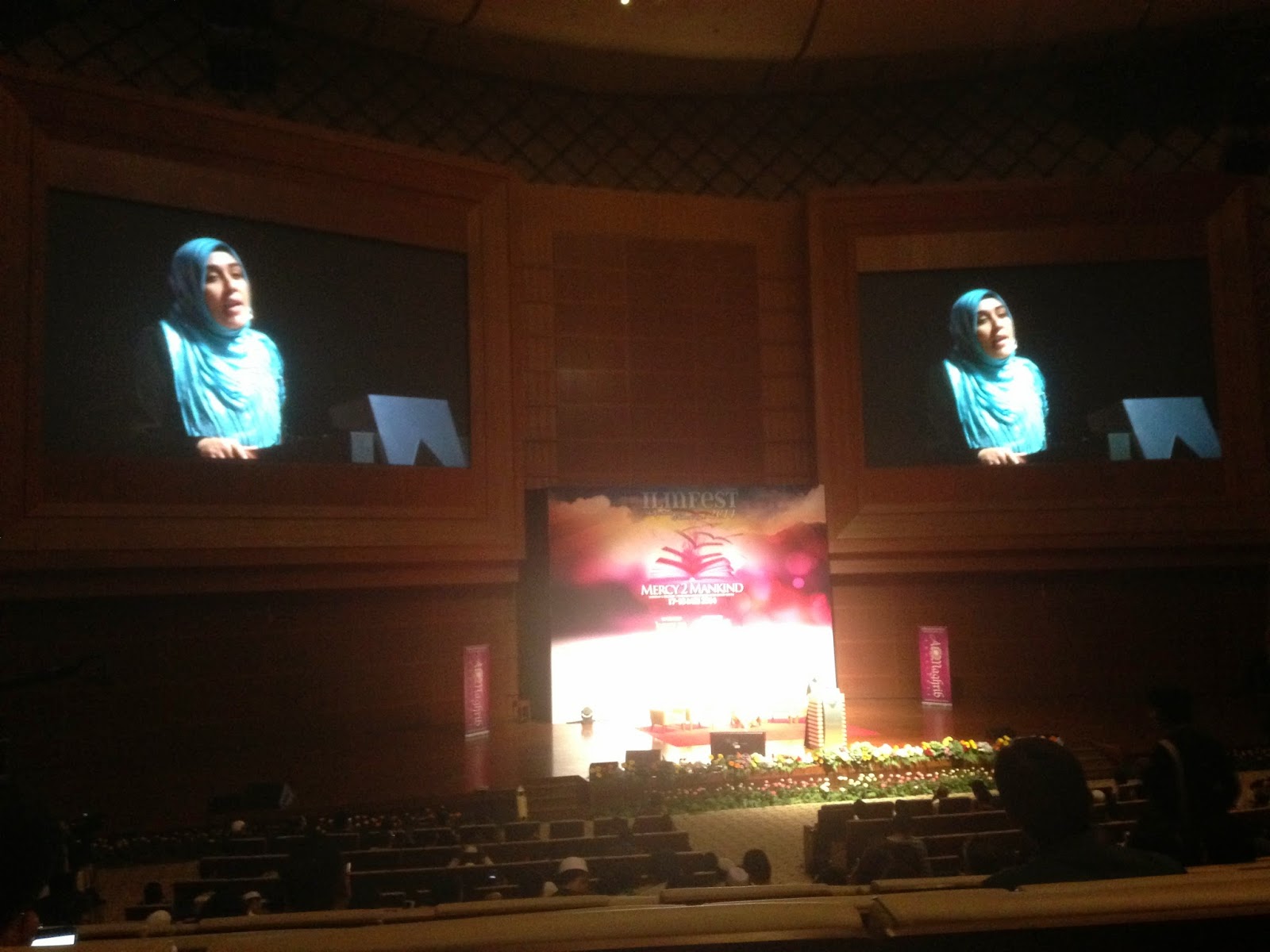 This is the first female instructor at Al Maghrib Institute, Yasmin Mogahed. Here she recites a moving poem written by herself, I Prayed for Peace Today. It almost moved me into tears.

Among the things that I remember from the conference:

In terms of the physical appearance of the Prophet Muhammad s.a.w., he has 17 strands of white hair and all of them are located at the beard, near his lower lips.

In terms of the character of the the Prophet s.a.w., he never yawns. He is also very fond of children. At one point, he was leading a congregation of prayer and he took a long time in prostration and when asked why, he said it was due to his grandchild who was sitting at his back. He did not want to rise from prostration to avoid from injuring his grandchild. He would also excuse himself so that he could go home and make time for his family. There were times he would excuse himself and say that he has promised to spend time with his wife. When facing difficult times (like during da'wah where the Prophet s.a.w. was facing difficulties and rejection from the people of Taif), the Prophet s.a.w. would pray to Allah and ask whether he has displeased Allah. Subhanallah!

There were many other things that were shared during the conference like how the Prophet s.a.w. has also been known to give gifts to his wife and on the challenges of Muslim youths like zina etc and I can't possibly share all of them here.

So, as a first timer, what can I say about ILMFest? I would have to say that it totally exceeded my expectations. I came to listed to these speakers talk about our beloved Prophet Muhammad s.a.w. and I learnt so much more that I could have expected. The speakers were not only able to educate and convey their knowledge, but they were also able to inspire, they inspired me to do better, be better and to emulate the best, which is our Prophet s.a.w. So for those of you who are thinking about joining the program, well, what are you waiting for? Al Maghrib Institute offers various programs, talks, seminars and courses and of course they also organize conferences like the ILMFest. I would have to say an investment in education and knowledge is one of the best investments you could ever make for yourself.
To future attendees of ILMFest, let it be known that bringing an 11-month old baby (like me) or being in a wheelchair should not stop you from attending events like these. It's definitely a not-to-be-missed event, you'll be glad that you attended (I definitely was!) and you'll gain so much from the wisdom, knowledge and experience shared by these wonderful and amazing speakers.


xoxo Mrs Fashionista
Posted by Unknown at 2:57 AM